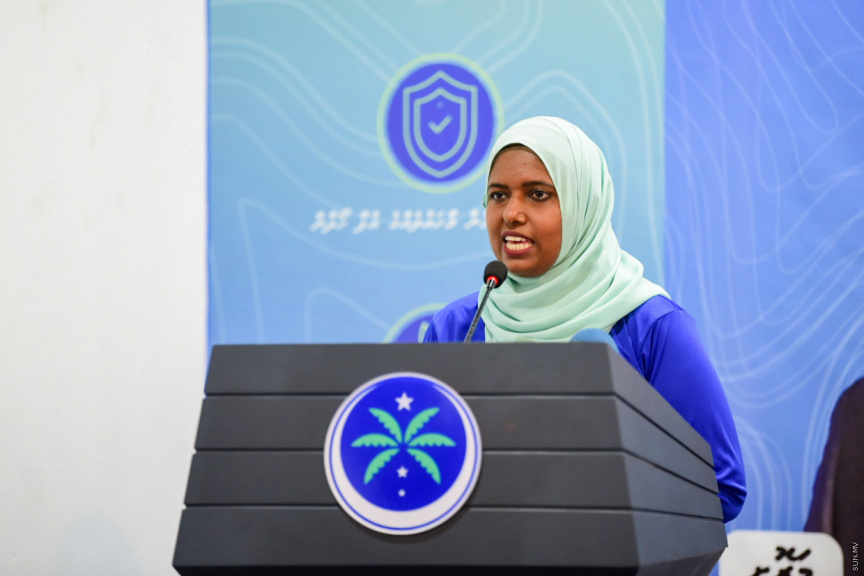 The former Minister of Gender, Family, and Social Servies Shidhatha Shareef has been appointed as the new spokesperson for Maldives National Party (MNP).

The appointment was made following the resignation of Asra Ahmed, who was fulfilling the role.

Announcing her resignation, Asra revealed that she was flying abroad for further studies.

MNP stated that this decision to appoint someone as experienced as Shidhatha would be something that would draw public attention to them, at a time when the Presidential Election is looming close.

During the ceremony held to mark the appointment, the leader of MNP Colonel (Rtd) Mohamed Nazim said that MNP was born as a national ideology, adding that the party has crossed numerous milestones no other party has in such as small time frame.

“Spokesperson Shidhatha has a large role to play in the party’s future plans.”

Speaking about her new role, Shidhatha said that MNP has navigated rough waves that crashed in the Maldivian political arena, and remained vocal in calling to uphold the laws.

She further noted that the party was moving ahead based on those experiences.