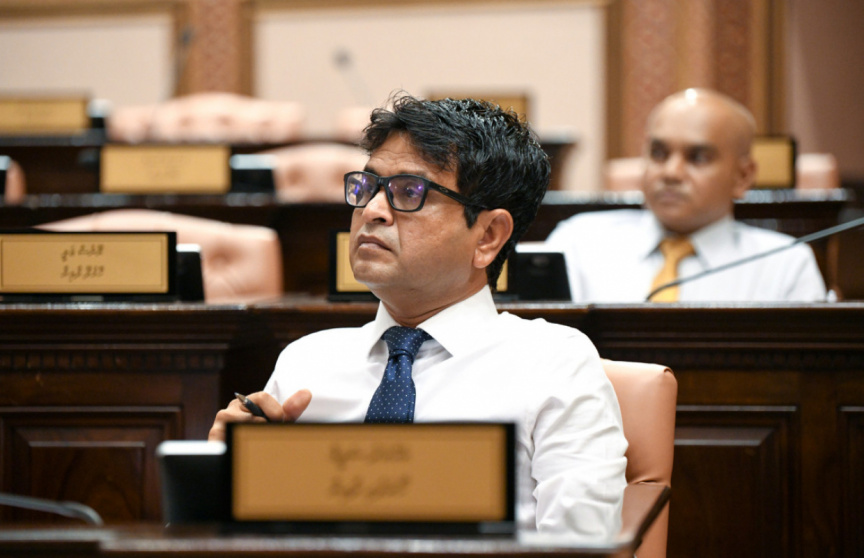 Maldives Police Service has confirmed that Hoarafushi MP Ahmed Saleem (Salle) was not involved in the explicit videos of various high-profile individuals leaked on social media.

After some media outlets reported that the MP was seen in such a video, he had written a letter to Police asking them to investigate the matter.

Hence, after investigations, Police have now confirmed that MP Saleem was not seen in any of the sexual misconduct videos.

Speaking about this to Sun, the MP revealed that after several days, the Police finally responded on Friday night to his letter.

“Since it’s a very baseless accusation, it would be best if a relevant authority investigates and makes a comment on the matter. I got a response last night [Friday night] to the letter sent to the Police asking to investigate the case. After so many days. The letter from the Police stated that there was no base for the claims published in that newspaper. Police have also confirmed that I was not involved in the matter.”

Furthermore, investigations have also concluded that the room seen in the videos was not in the building where RaajjeTv is operated under the guidance of MP Saleem.

Additionally, the Parliamentarian has filed a libel suit at Civil Court against the local media outlet, claiming MVR 10 million as compensation for an alleged false report publicized on the media’s website.

A video allegedly showing former Raajje TV journalist Abdulla Naseer engaging in sexual relations with another man was recently leaked on social media. Whilst the identity of the second man in the video is unclear – Dhiyares reported that people claim it was MP Saleem.

Remarking on the case, MP Saleem said the case has been accepted by the Civil Court.

In his claim, MP Salle is requesting Civil Court to declare that the article on Dhiyares was publicized by construing the truth to purposefully cause him to harm in a matter completely unrelated to him.

MP Salle’s legal team stated that they are working on filing cases against individual persons who had made posts and statements regarding MP Salle through social media and other means in conjunction with the false article publicized on Dhiyares.

'Not unusual for military presence with military ties'