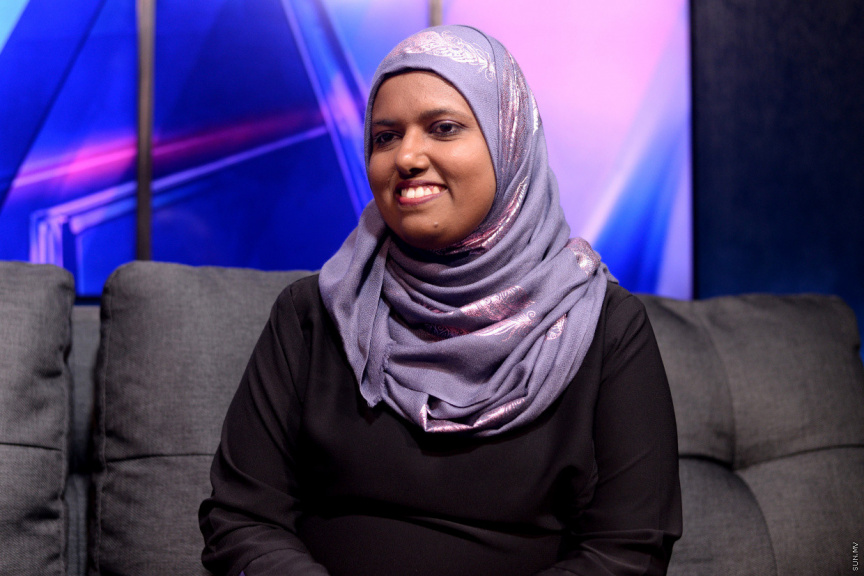 Shidhatha confirmed that she had left Adhaalath Party yesterday.

A statement released by Shidhatha earlier today read that she made the decision to leave Adhaalath Party and join MNP as she believes that she needs to walk in a new direction in order to be more involved in the political arena.

Noting that she had many valuable experiences during her time at Adhaalath Party – she thanked the party for assisting her in establishing her political stature.

She also thanked the members and leadership of Adhaalath Party for the trust they placed in her as well as the opportunities they had provided for her as a member of the party.

However, Shidhatha noted that she believed that more needed to be done in order to advance further from the position she currently stands at politically.

“After assessing the current situation – I believe that in order to be more politically involved, I need to walk a new path. That is why I have decided to join Maldives National Party (MNP), and carry forward with my political career from there,” she had said.

The statement also read that in her new political beginning, she desires to get more work done for the sake of the public - in order to ensure that the national matters are heading in the direction that the public wants.

Shidhatha also noted she has no animosity and resentment towards anyone – while she leaves Adhaalath Party.

In concluding her statement, she thanked everyone who has been supportive and assisted her in her journey.