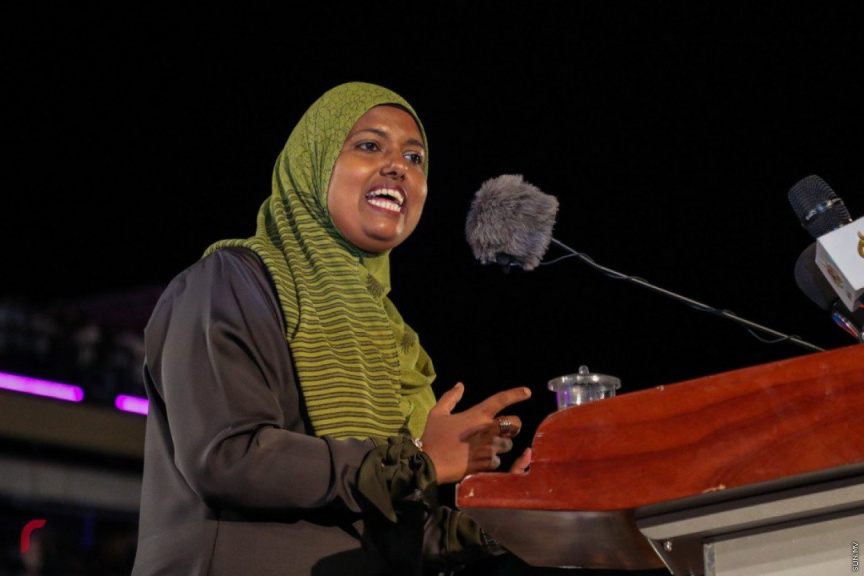 Shidhatha had confirmed her departure from Adhaalath Party to Sun today – adding that she will be releasing a detailed statement on the matter tomorrow.

Rumors that Shidhatha would contest for the post of the Party’s president had surfaced earlier this year – ahead of the internal elections of Adhaalath Party which was scheduled to be held on January 23.

However, as per party policies at that time – women were not allowed to contest for the posts of the President and Vice President. Subsequently, many had called to revise the existing policies.

In 2015, she resigned from her post due to conflicts between Yameen’s government and Adhaalath Party – citing that she did not like the direction in which the government was heading.

In 2018, she was appointed as the Gender Minister when current President Ibrahim Mohamed Solih had just been elected.

However, last year February, Shidhatha had resigned after facing multiple allegations of misconduct.

In this regard, it was revealed that Gender Ministry had prior knowledge of the allegation of sexual offenses against the former honorary disability ambassador Ahmed Hishan, but remained placid and allowed him to be designated the ‘Honorary Disability Ambassador’ and receive multiple national awards.

In addition to this, Gender Ministry along with the Maldives Police Service was accused of negligence in preventing the rape of a 20-month girl in G. A. Kanduhulhudhoo.

One of the men arrested in the case, the victim’s great-grandfather had been on trial for the sexual harassment of another local girl for two years. According to the police, he had not been kept detained but allowed to be released back into the community “out of consideration of his old age”.

Gender Ministry said it had not been made aware the man had such a history. The institution was hit with criticism over a child being allowed to live in the same residence as a suspected child sex offender.

However, while resigning Shidhatha had stated that while she did not believe she should be held liable for neglect over the abuse cases which had recently come to light, she felt that it was in the best interest to step down from office in order to prevent the cases from having a negative impact on the public trust towards the Gender Ministry.