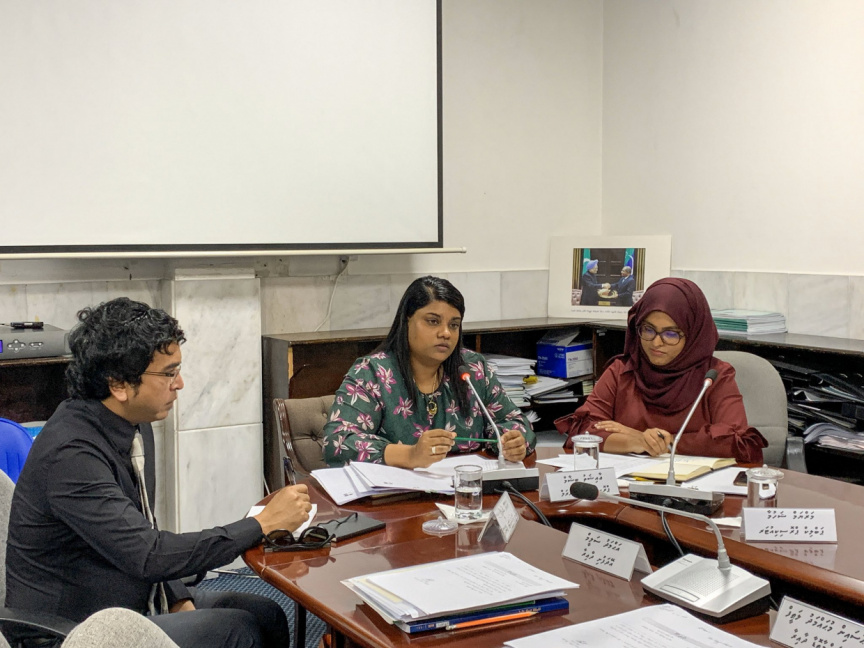 Prosecutor General Aishath Bisham says the findings in the investigation into the MMPRC embezzlement and money laundering scam implicate several of the current parliamentary representatives.

Bisham was summoned for questioning by the Public Accounts Committee of Parliament regarding updates on the work of the Prosecutor General’s Office in connection to the MMPRC case this Monday.

When questioned, Bisham said that several members of the Public Accounts Committee itself had been implicated in the case.

She declined to disclose additional information regarding the case, and asked for the Public Accounts Committee members implicated in the case to excuse themselves from the session.

Following Bisham’s request, a member of the Public Accounts Committee presented a motion to close the session, reveal the names of the members implicated in the case, and to continue with the session after removing them from proceedings.

The motion passed, and reporters were summarily asked to leave the conference room in order to hold a closed session.

The investigative report released by Anti-Corruption Commission on the MMPRC case earlier this year showed transfers made by SOF Private Limited – the company accused of laundering the funds embezzled from MMPRC – to several former parliamentary representatives as well as a few current government ministers.

Though initially placed under suspension, both were cleared of wrongdoing and reported back to duty in April.

Former Supreme Court Justice Abdulla Didi – who was impeached by the Parliament in late August – was also found to have received funds embezzled from MMPRC through former Vice President Ahmed Adeeb Abdul Gafoor.

Appeal by ADK to identify dead body found on the beach