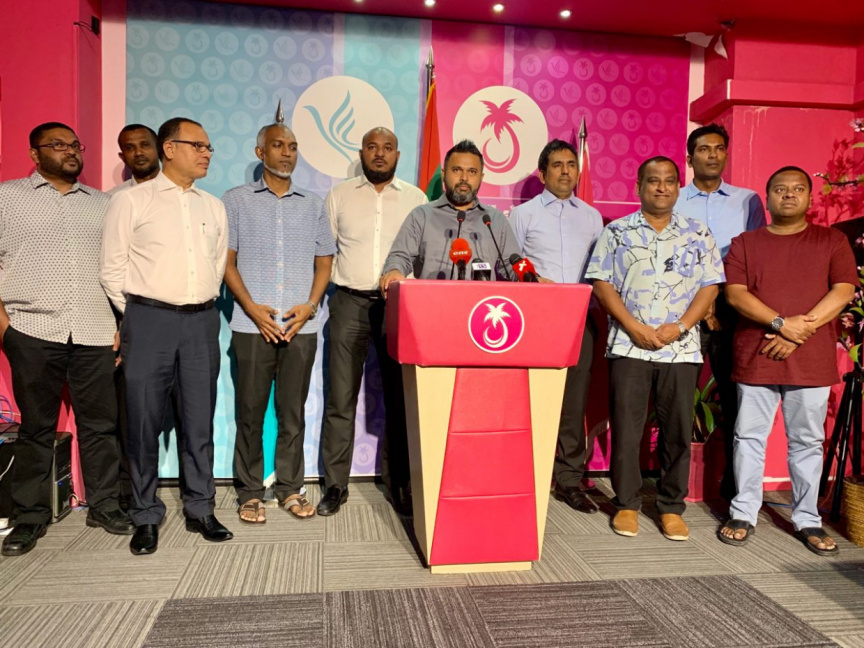 The opposition, Progressive-Congress coalition has accused Prosecutor General Aishath Bisham of having a habit of bowing down to political pressure, and claims they had attempted to impeach her when they had been in power.

Speaking at a press conference on Wednesday, PNC’s deputy leader, former Baarah MP Ibrahim Shujau, said that the PPM’s parliamentary group had worked to impeach Bisham during the 18th parliamentary assembly. He said that the party had made its attempt because of Bisham’s habit of bowing down to political power.

“Several members wanted [to impeach Bisham] but the majority was opposed to it. I was one of the strongest advocated in favor of impeaching Bisham,” said Shujau.

“Because I don’t have confidence in her. Because she’s a political wh**e. And because there’s no saying which side she’s on,” responded Shujau, when asked for the reason.

The Judiciary Committee of Parliament had passed a motion to press ahead with a vote of no-confidence against Bisham last week. However, it had revoked its decision the very next day.

Shujau said that the incident made it evident that the Judiciary Committee had wanted to impeach Bisham, and that the people needed to question why the impeachment attempt failed.

Shujau, in previous press conferences, alleged that the impeachment motion had been withdrawn to exploit Bisham for political persecutions.

The Judiciary Committee had revoked its decision to initiate Bisham’s impeachment following a motion filed by Hinnavaru MP Jeehan Mahmood citing that the impeachment motion had been presented by Fonadhoo MP Moosa Siraj in violation ruling MDP’s policies – because he hadn’t discussed the motion within the MDP parliamentary group prior to presenting it.