Bisham to be summoned to appear before Judiciary Committee 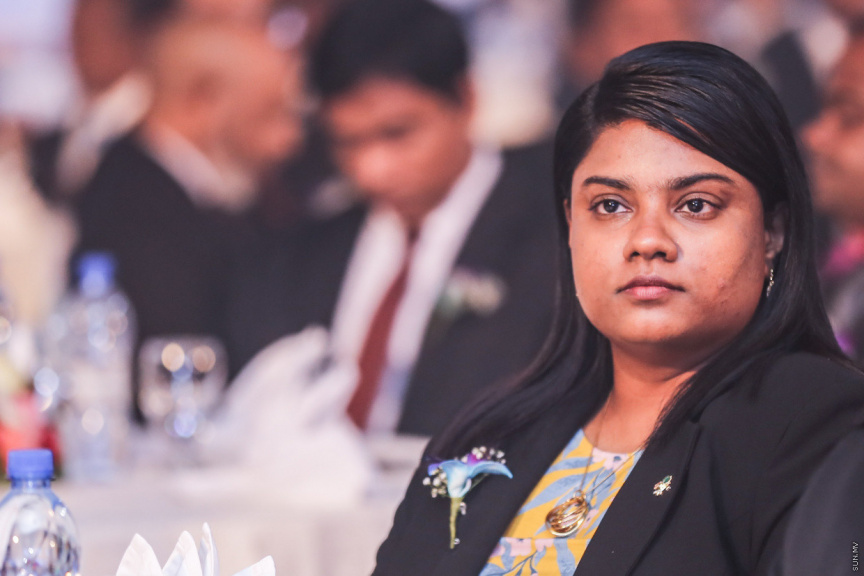 The Parliament’s Judiciary Committee has voted in favor of summoning Prosecutor General Aishath Bisham to appear before the committee in response to the impeachment motion initiated against her.

The committee passed the decision with the majority vote of all present during its meeting this Wednesday afternoon. The only member who did not vote in favor of the decision is Guraidhoo MP Ibrahim Riza.

The committee passed the decision to initiate an impeachment motion against Bisham on Tuesday.

The committee received approval to proceed with the motion – as required under the Parliament’s Standing Orders - by Speaker, former President Mohamed Nasheed at the parliamentary sitting this Wednesday morning.

Speaking at the committee meeting this Wednesday, MP Riza said he was not in favor of asking Bisham to appear before the committee. However, West Henveyru MP Hassan Latheef argued that Bisham must be awarded the opportunity to answer to the allegations against her.

He raised a motion to summon Bisham to appear before the committee. The motion passed with the vote of all committee members, except for Riza.

Deputy Chair, Fonadhoo MP Moosa Siraj, who presided over this Wednesday’s meeting, noted that Bisham had suffered a drastic loss in confidence over her fitness to continue serving as Prosecutor General.

He also said Bisham was found to have provided false information to the committee when questioned regarding the purpose of her visit to the President’s Office soon after the Supreme Court’s order on February 1, 2018.

He said that while Bisham claimed to have visited the President’s Office to attend a meeting of the Drug Control Board, the office’s records on the date in question proved that no such meeting had taken place on that date.

Siraj said that Bisham was also found to have provided false information to the committee again, when questioned regarding the decision not to appeal the lower court’s acquittal of the suspects charged in the 2014 abduction and murder of journalist Ahmed Rilwan Abdulla.

He said that despite the instances where Bisham was found to have misled the committee, she had the right to be allowed the opportunity to answer to the impeachment motion.

Siraj announced that Bisham will be sent the notice this Wednesday, meaning she will be required to appear before the committee on Tuesday, November 26.