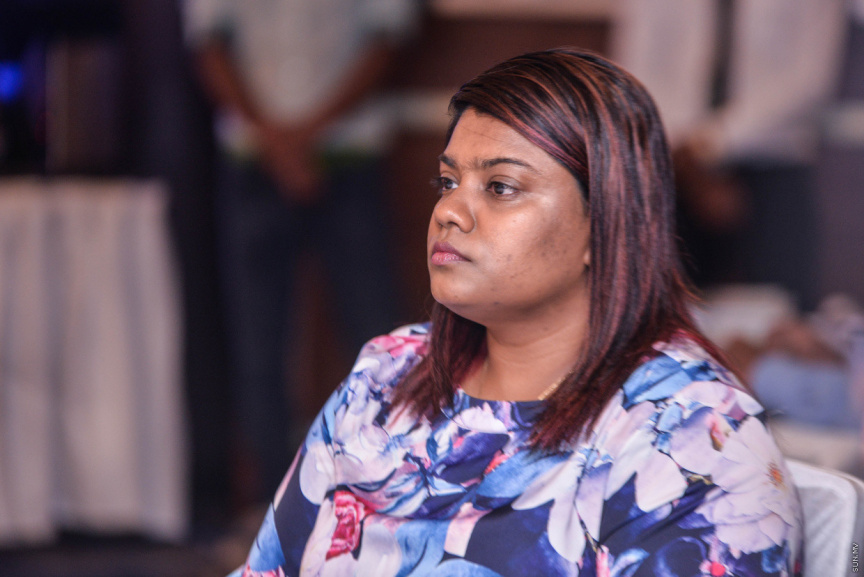 Prosecutor General Aishath Bisham has resigned from her post.

President Ibrahim Mohamed Solih tweeted that he had received her letter of resignation in the morning. Bisham’s resignation comes on the same day that she was scheduled to appear before the Judiciary Committee of the Parliament at 11:00, to respond to the motion of no confidence made against her.

Bisham earlier published a statement through the PG Office in response to her impeachment process by saying that she does not believe the process of her impeachment undertaken by the Judiciary Committee goes along with the spirit of the constitution and fulfills the necessary procedures.

She stated that her reasons were due to the fact that the Speaker of the Parliament had outlined the reasons for why she should be removed from her post in a parliamentary session. She then noted that the reasons presented by the members of the Judiciary Committee for her removal did not match with the reasons stated by the Speaker.

Bisham also stated that a case of removing people from independent institutions and positions was a task that could not be presented as “other” items in a parliamentary committee meeting.

Her resignation comes not long after her impeachment was presented to the Parliament on two occasions. These efforts were either interrupted or failed due to different reasons within the parliament.

Azhar to provide teachers and scholarships to Maldives