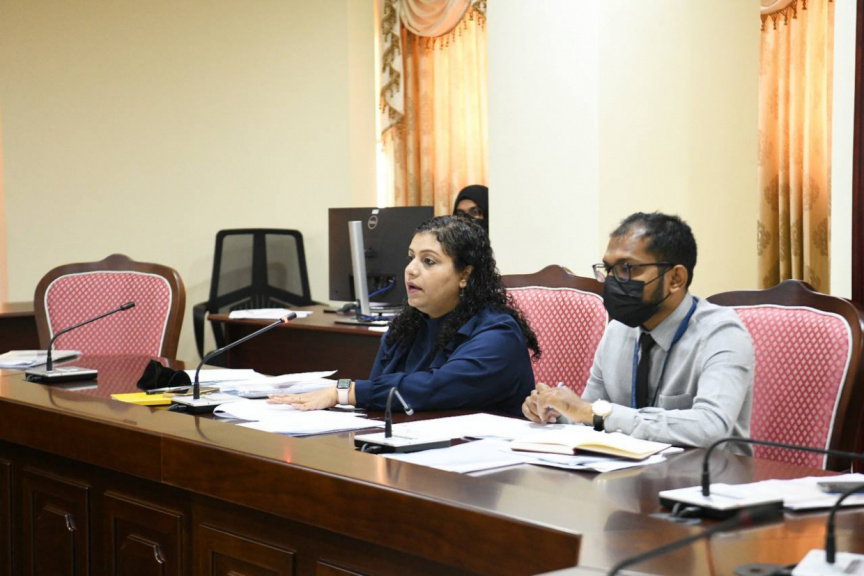 From the meeting of Parliament's Human Right's and Gender Committee. (Photo/Parliament)

Human Rights and Gender Committee of the Parliament has launched an investigation into a case in Addu Equatorial Hospital (AEH) where a woman’s intestines were cut doing a cesarean delivery.

During the committee meeting held on Tuesday, the case was submitted by Addu Meedhoo member MP Rozaina Adam.

While presenting the case, MP Rozaina noted that during surgery, the woman’s intestines were cut, however, AEH failed to notify the family of this.

“She was even taken to ICU. The family is unaware of what happened there. Finally, when she was brought to Male’ and taken to ADK Hospital, they found out everything including her intestines being cut.”

Additionally, she said that the woman’s condition was still not good, and asked the committee to investigate and to facilitate taking action against AEH if any negligence was involved.

The family of the patient had previously spoken to ‘Sun’ and revealed that she had undergone surgery where the damaged parts of the intestines were cut and a shunt was placed. The family stated that she was in critical care at ADK.

Meanwhile, the Ministry of Health said that AEH was operated under an independent board and that the ministry was looking into the case.

“The ministry is looking into this unfortunate incident. Necessary steps will be taken following protocols.”