Parliament’s rights committee to convene to probe safari rape case, Jeehan will not be involved 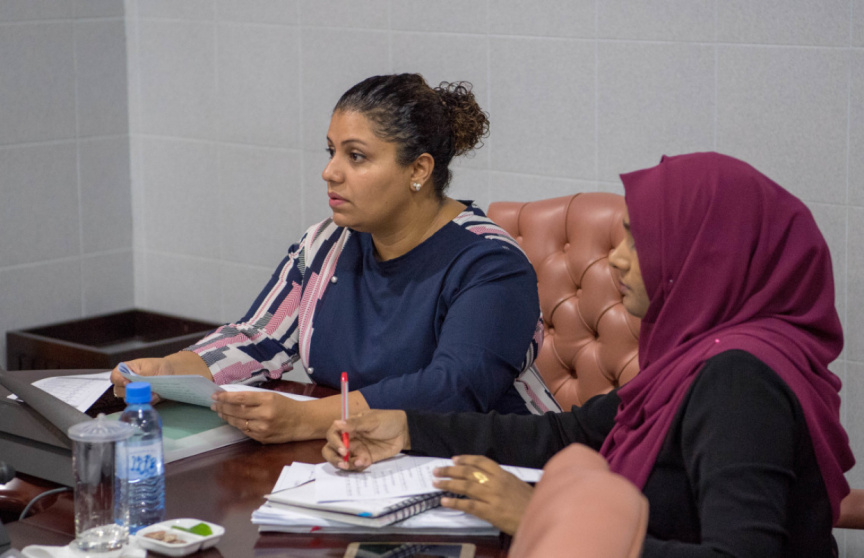 The Parliament’s Human Rights and Gender Committee has called a meeting for Monday to review the rape of a woman on board a safari off the coast of Hulhumale’.

The rape was reported to the police at approximately 05:00 am on Friday.

The victim was identified as a woman of foreign nationality, while the suspects were identified as two Maldivian men of 39 years of age.

The two suspects were arrested from the safari boat where the rape was reported to have taken place, but were released from police custody citing “lack of sufficient grounds to keep them detained for the investigation”.

Committee member, Addu Meedhoo MP Rozaina Adam has announced the committee is scheduled to convene to discuss the rape case on Monday.

Rozaina wrote on Twitter that the rape case was put in the agenda by committee chair, Hinnavaru MP Jeehan Mahmood, but that the meeting will be chaired by deputy chair, Vaikaradhoo MP Hussain Ziyad.

I applaud MP @JeehanJMS for putting the Hulhumale’ Rape case on the agenda for tomorrow’s Human Rights Committee meeting. Deputy chair MP @FitteyZ will be chairing the committee. We will look into the matter thoroughly. ???????????? pic.twitter.com/gljVKsiLpt

Rozaina did not specify why the committee meeting will be chaired by Ziyad instead of Jeehan.

Ziyad told Sun that he had been unaware he was to chair over Monday’s meeting, but that as per standard procedure, members will need to recuse themselves from meetings when it involves a potential conflict of interest.

“If the chair [Jeehan] does not attend the meeting, then as per standard protocol, the duty of chairing over the meeting will fall on me, as the deputy chair. But I have not been informed the chair isn’t attending the meeting,” said Ziyad.

POLICE TO BE INVESTIGATED FOR NEGLIGENCE

With the rights committee set to convene regarding the case on Monday, the Parliament’s Independent Institutions Committee has announced it will also convene for a meeting on Monday to review the case for possible police negligence.

Rozaina, who chairs the committee, said that the committee will also review the work of the National Integrity Commission in response to the case.

The release of the suspects has sparked widespread outrage within the Maldivian community.

One of the suspects in the case is rumored to be the spouse of a leading parliamentarian. But the parliamentarian, nor the political party to which she belongs, has yet to issue a statement denying the allegation.

The police said that while the suspects may have been released from police custody, the case remains under investigation.

“Therefore, this coalition calls on the President and relevant authorities to take action against the people responsible to the full extent of the law, and protect the rights of the victim of the sexual assault and find her justice, without discrimination or deception, and to reveal the truth of the people who carried out this horrendous crime to the Maldivian people,” said the opposition in its statement.