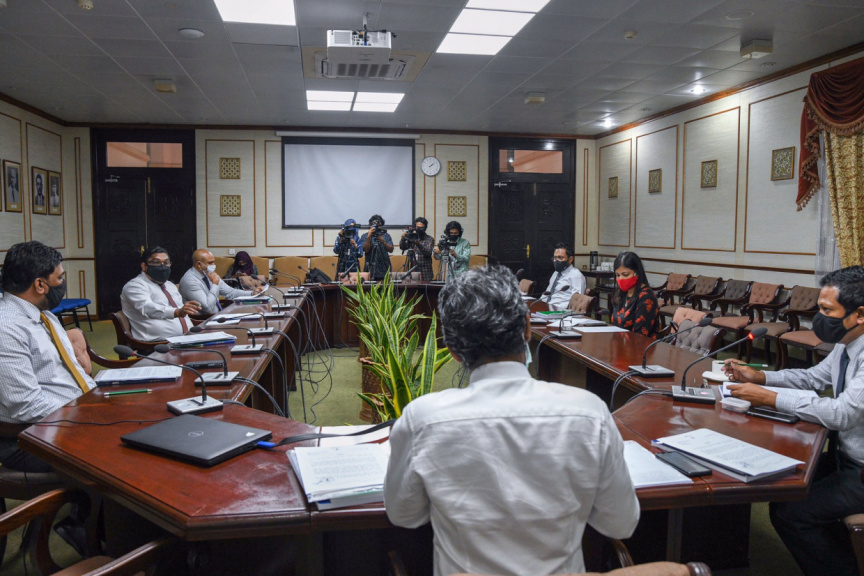 The Parliament’s Human Rights and Gender Committee, on Monday, made the decision to question the victim of the sexual assault on board a safari boat,  the police officers who attended to the scene, and the in-charge of the Hulhumale’ police station, following allegations of misconduct and political influence surrounding the case.

The sexual assault which took place on board a safari boat off the cost of suburban Hulhumale’ was reported to the police at approximately 05:00 am on Friday.

The victim was identified as a 27-year-old woman of foreign nationality, while the suspects were identified as two Maldivian men of 39 years of age.

The two suspects were arrested from the Hulhumale’ jetty, which the police said was treated as part of the scene of the crime, but were later released from police custody citing to “lack of sufficient grounds to keep them detained for the investigation”.

One of the suspects is reported to be the husband of a parliamentarian, giving rise to allegations the suspects were released using political influence.

The Human Rights and Gender Committee convened for a meeting to discuss the case on Monday afternoon, during which they passed five motions.

During the discussions, committee members expressed concern that different news outlets had provided different accounts of the crime, leading to uncertainty over the facts of the case. They also said they found the actions of the police questionable.

Many of the members suggested meeting the victim and the police officers involved to clarify the facts.

The first motion was to seek the assistance of Gender Ministry to ascertain safety and protection of the victim.

The second motion was to seek assistance from the Prosecutor General’s Office to investigate the actions of the police in response to the case, and share the findings with the committee.

The third motion was to meet the victim herself to clarify information.

The fourth motion was to seek the assistance of Maldives Media Council and Maldives Broadcasting Commission to ensure that news outlets do not spread false information and further victimize the victim.

The fifth and last motion was to hold separate meetings with the police officers who attended to the scene and the in-charge of the Hulhumale’ police station on Tuesday, to review the actions of the police.

The meeting was chaired by the deputy chair of the Human Rights and Gender Committee, Vaikaradhoo MP Hussain Ziyad (Fitte).

He provided assurance the committee will conduct its inquiry with impartiality.

“This is of deep concern to the Maldivian people. We provide assurance we look into this with transparency, impartiality and fairness. This is time sensitive. We will start work on the motions presented by committee members today itself,” said Fitte.

Emirates to recommence operations to Maldives