Amendments to Transitional Justice bill to investigate violations since 1953 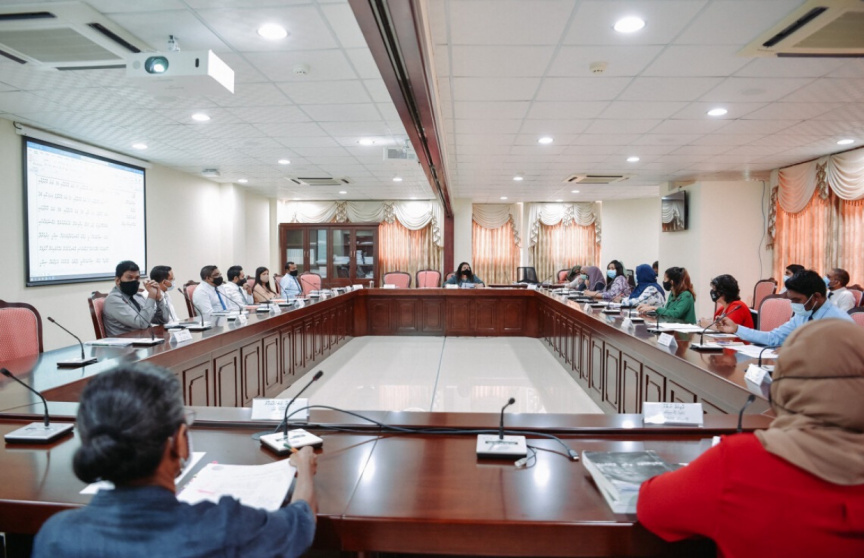 Meeting of the Parliament's Human Rights and Gender Committee on October 14, 2020.

The Human Rights and Gender Committee of the parliament has approved amendments to the Transitional Justice bill which will permit the investigations into human rights violation and basic freedom in a systematic manner by a state institution or by the head of such an institution.

Hithadhoo MP Mohamed Rasheed proposed the bill on October 28, 2019, which was accepted almost a month later. The Transitional Justice bill is to attain justice for massive violations of human rights and basic freedom by a state institution or the head of such an institution during the period from January 1, 2012, to November 17, 2018.

The Human Rights and Gender Committee which evaluated the bill then proposed amendments to the bill so that it also covers crimes committed from 1953 to November 17, 2018.

The Committee report read that the purpose of the amendments was that since transitional justice was something new to the Maldives, its purpose was to attain justice for massive violations of human rights and basic freedom by a state institution or the head of such an institution from the first day since the nation transformed into a republic.

The report also read that the bill encompassed suggestions made by the public during forums held for to gain public opinions.

Other amendments were also brought to the bill by the committee.

Transitional justice was something President Ibrahim Mohamed Solih promised to bring to reality within two years of coming to power. An Ombudsmen office is also to be created for the purpose. The office will have the power to compensate victims of such violations stipulated in the bill.