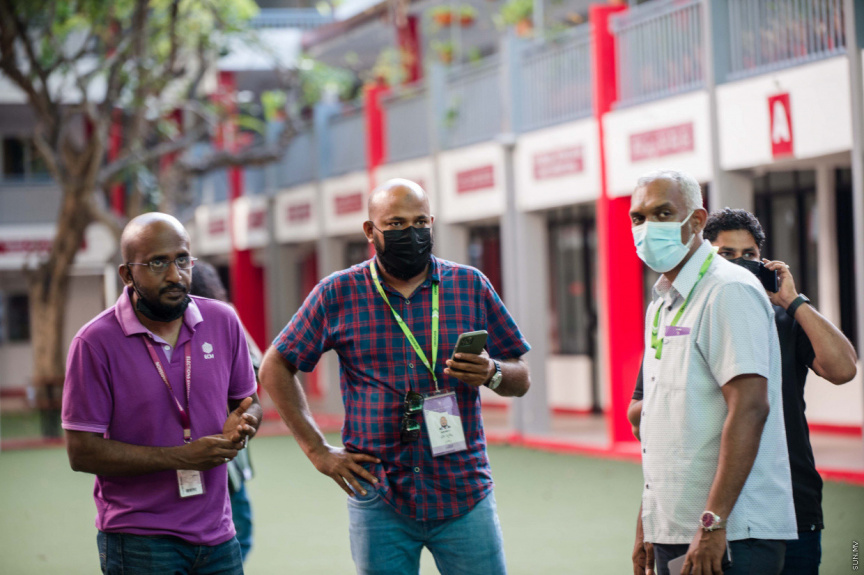 Elections Commission’s Complaints Bureau states they are investigating seven complaints lodged regarding the Komandoo by-election held on Saturday – none of which holds much weight.

Elections Commission’s Legal Affairs Director and head of Complaints Bureau, Ibrahim Hafiz told Sun on Sunday afternoon that they received three complaints ahead of the election. He said that the complainants have been provided responses to the complaints.

Hafiz said that seven more complaints were lodged after polling began, but that the bureau was unable to proceed with the investigations due to lack of evidence.

“Regardless, we took immediate measures necessary in response to the complaints yesterday. Even if we had to involve the police,” he said.

Hafiz said that the bureau investigated complaints based on evidence and witnesses, but the seven complaints in question were lodged without taking any of that into consideration.

“The complaints didn’t come with evidence or witnesses who could testify. But some of the cases were lodged with photos and videos,” he said.

Hafiz said that such cases cannot be decided based on photo and video alone.

Progressive Party of Maldives (PPM) and Maldives National Party (MNP) have raised serious allegations against the Maldivian Democratic Party in connection to the by-election.

EC on election: No way to stop influence