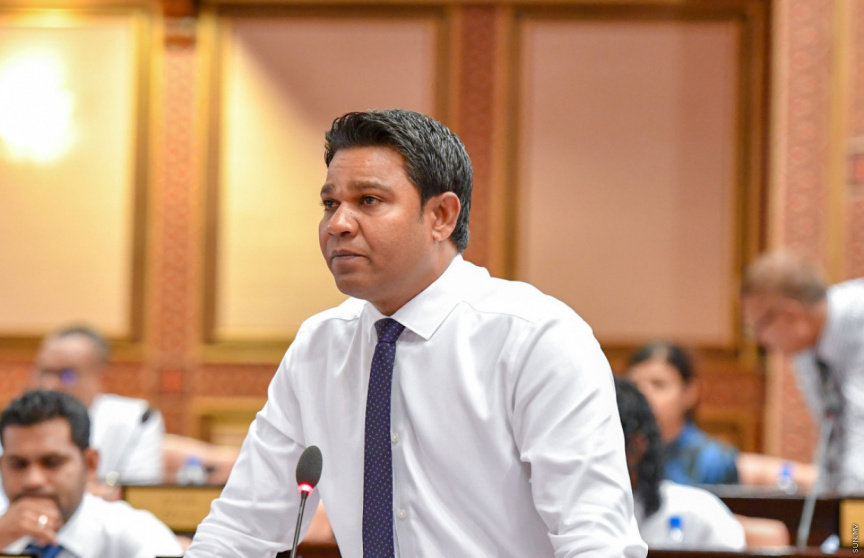 Kendhikulhudhoo MP Ahmed Easa has accused the N. Atoll Council of illegal confiscation of property on an uninhabited island under development in the region.

Taking part in the parliamentary debate on an amendment to Uninhabited Islands Act this Monday, Easa alleged that some atoll councils were acting outside the bounds of their legal authority.

Easa said that some atoll councils were operating as separate states, and that the case in N. Atoll shows that the councils are unable to properly manage private property.

He alleged that the N. Atoll Council confiscated property in the island outside regulations.

“We see from N. Atoll that atoll councils are unable to properly manage the property of the people when empowered,” he said.

“The island was developed by a contractor to conduct research work in N. Atoll. When the management of the assets and buildings in the island were handed over to either the ministry or atoll council, I don’t know how workers were brought to the island. Workers were hired there without any public announcement or knowledge of residents of the atoll, and some serious things are taking place there.”

Easa said he has pictures of the property confiscated by the atoll council, along with screenshots of complaints by local residents.

He said that he has shared the pictures with relevant state agencies.

“I have with me, Honorable Speaker, photos taken by residents of N. Atoll which show the hundreds of palm trees and some MVR 100,000 worth of property put there by the party which used the island last being transported off the island on an atoll council speedboat in the presence of an atoll councilor,” he said.

Sun has been informed Easa was talking about N. Kendhivaru – an island leased for farming.

N. Atoll Council’s President Mohamed Basheer told Sun that the council would not go to an island leased to a private party, and has not confiscated any property in any island.

Basheer said that Kendhivaru is under the management of N. Atoll Council, and that any state property in the island is managed by the council.

President meets boy who scored A* in O Level Chemistry