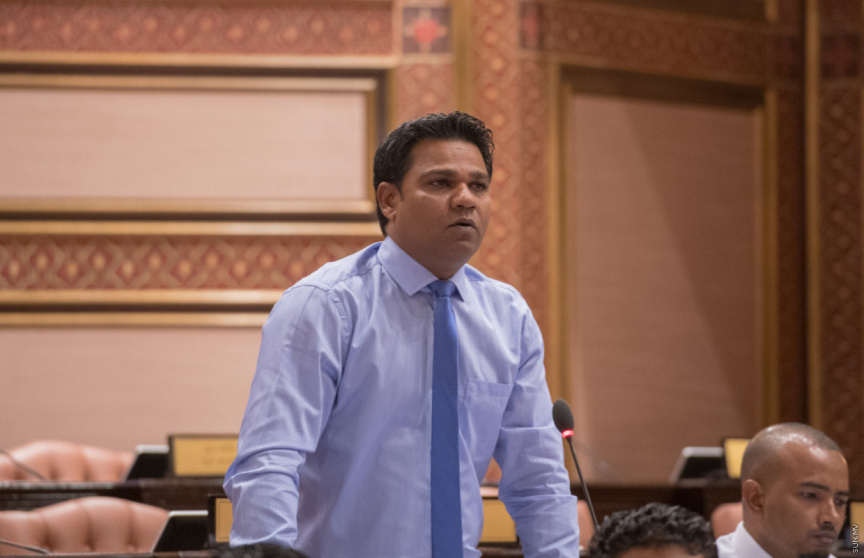 Criminal Court has denied the request for an arrest warrant for Kendhikulhudhoo MP Ahmed Easa – who is under investigation for domestic violence.

Prosecutor General’s Office filed for an arrest warrant for Easa at the request of the police earlier this Thursday.

She gave her statement to the Police Family and Child Protection Department on Wednesday.

In response to a question by a reporter during a press conference by police on Thursday morning, head of Criminal Investigation Command, Superintendent of Police Mohamed Basheer said the police are discussing the case against Easa with the Prosecutor General’s Office, and have requested for necessary action.

According to Parliamentary Powers and Privileges Act, the arrest of an incumbent parliamentarian for a criminal investigation, except when caught red-handed, requires a warrant from a superior court or higher. And that such a request can only be filed by the Prosecutor General’s Office.

The Act also states that Parliament Speaker must be informed in writing of the arrest without delay.

Asra wrote in a Facebook post on Thursday morning that the last 24 hours had been difficult for her and her son.

The move by authorities to file for an arrest warrant for Easa came amid calls for action against the parliamentarian on social media.

Parliament’s Social Affairs Committee attempted to call a no-confidence vote to dismiss him as chair on Thursday afternoon, but failed to call the vote due to lack of quorum.

Easa issued a statement announcing his voluntary resignation a short while later.

Easa has also been suspended from MDP national council and committees pending the outcome of the investigation.

He has denied the allegations against him, stating that he has full confidence in the police and will cooperate with all state institutions.