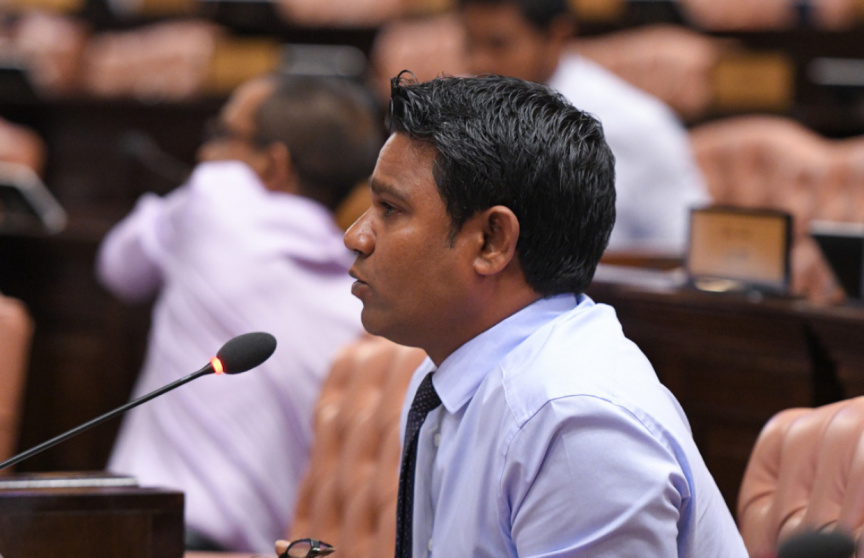 Parliament’s Social Affairs Committee called an emergency meeting to take a vote to dismiss Kendhikulhudhoo MP Ahmed Easa – who is under investigation for domestic violence - as committee chair on Thursday afternoon, but had to conclude the meeting without a decision due to lack of quorum to conduct the vote.

Opening the meeting, Firushan said that Easa’s continued service as committee as chair is unacceptable to members as he is now under criminal investigation, and that a no-confidence motion against him has been submitted to the committee under Article 134 (a) of Parliament’s regulations.

Article 34 (a) states that where minimum one third of a committee find they lack confidence in a committee chair, the Parliament Speaker may be informed of the motion via writing.

Firushan said during the meeting that though there are nine members in the committee, the letter to Parliament Speaker regarding the no-confidence motion against Easa was signed by only three members.

The members who signed the letter are Firushan, Jeehan and Raee.

Article 134 (d) declares that where a no-confidence motion against a committee chair passes with a majority vote of the committee, a vote to elect a chair must be scheduled for the very next meeting.

Therefore, if the committee passes a no-confidence motion against Easa, he will be immediately dismissed.

She wrote in a Facebook post on Thursday morning that the last 24 hours had been difficult for her and her son.

Prosecutor General’s Office has filed for an arrest warrant for Easa with the Criminal Court at the request of the police.