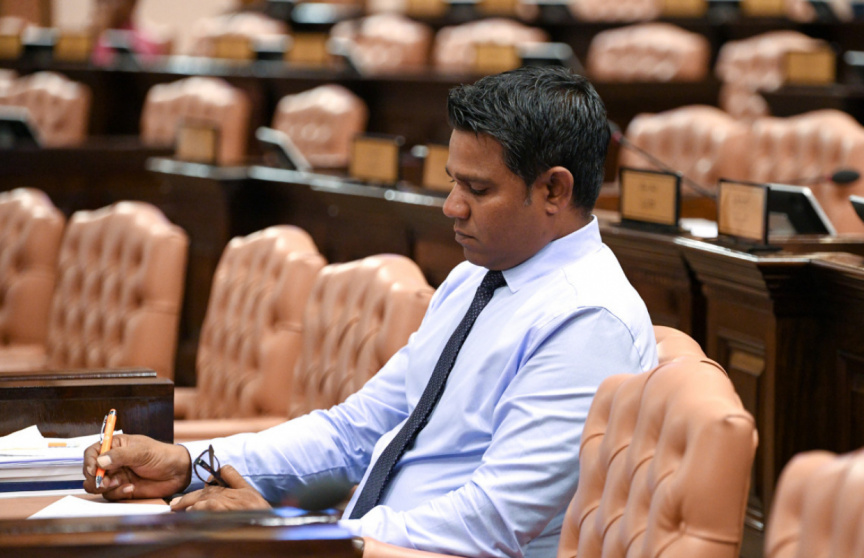 Kendhikulhudhoo MP Ahmed Easa has denied the allegation he committed domestic violence against his former spouse, and resigned from his position as chair of Parliament’s Social Affairs Committee.

Easa’s resignation comes shortly after the committee convened for an emergency meeting to vote on a no-confidence motion against him, but failed to call the vote due to lack of quorum.

He announced his resignation in a statement on the Parliament’s letterhead on Thursday afternoon.

“I hereby inform you that I, as of today, have resigned as chair of the Parliament’s Social Affairs Committee, in order to provide my full cooperation to all state institutions as I am currently under investigation for domestic violence,” announced Easa in his statement.

He said that he has full confidence in the police, and will provide his cooperation to state institutions.

He also denied the domestic violence allegation against him.

“I assure the people and especially the constituents of Kendhikulhudhoo that I have never engaged in any action which violate Maldivian laws and regulations,” said Easa.

She wrote in a Facebook post on Thursday morning that the last 24 hours had been difficult for her and her son.

Prosecutor General’s Office has filed for an arrest warrant for Easa with the Criminal Court at the request of the police.

Man arrested in Hulhumale’ in crackdown on extremism