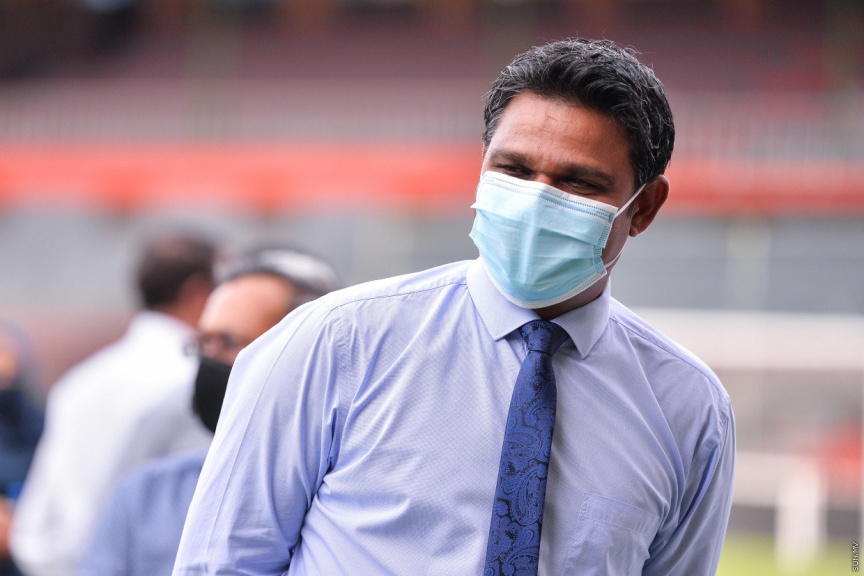 Prosecutor General’s Office has requested the court for an arrest warrant against Kendhikulhudhoo MP Ahmed Easa, who is under investigation for domestic violence.

Easa is accused of violence against his former spouse Asra Naseem (Asu). Asra, the younger sister of Vice President Faisal Naseem, provided her statement to Police Family and Child Protection Department on Wednesday.

In response to a question by a reporter during a press conference by police on Thursday morning, head of Criminal Investigation Command, Superintendent of Police Mohamed Basheer said the police are discussing the case against Easa with the Prosecutor General’s Office, and have requested for necessary action.

“We have shared the information necessary to take necessary action in connection to the case. We will take action once we receive counsel from the PG Office,” said Basheer.

Neither the police nor Prosecutor General’s Office have released details regarding the case.

The Act also states that Parliament Speaker must be informed in writing of the arrest without delay.

The violence took place on Tuesday night in the home of Easa, where Asra resides with their son. Easa reportedly hit Asra after a dispute escalated to violence. Witnesses reported seeing her crying as she rushed out of the apartment,

‘THINGS I NEVER THOUGHT WE WOULD FACE’

Asra wrote in a Facebook post on Thursday morning that the last 24 hours had been difficult for her and her son.

“The last 24 hours have been difficult for me and my son Looth. We had to experience things I never thought we would face,” she said. “But by the grace of Allah, both I and my son are fine now.”

She thanked her friends and well-wishers for their support and encouragement.

The move by authorities to file for an arrest warrant for Easa follows a rise in calls for action against the parliamentarian on social media.

Faced with mounting pressure, the Parliament has initiated proceedings to dismiss Easa as chair of Social Affairs Committee.