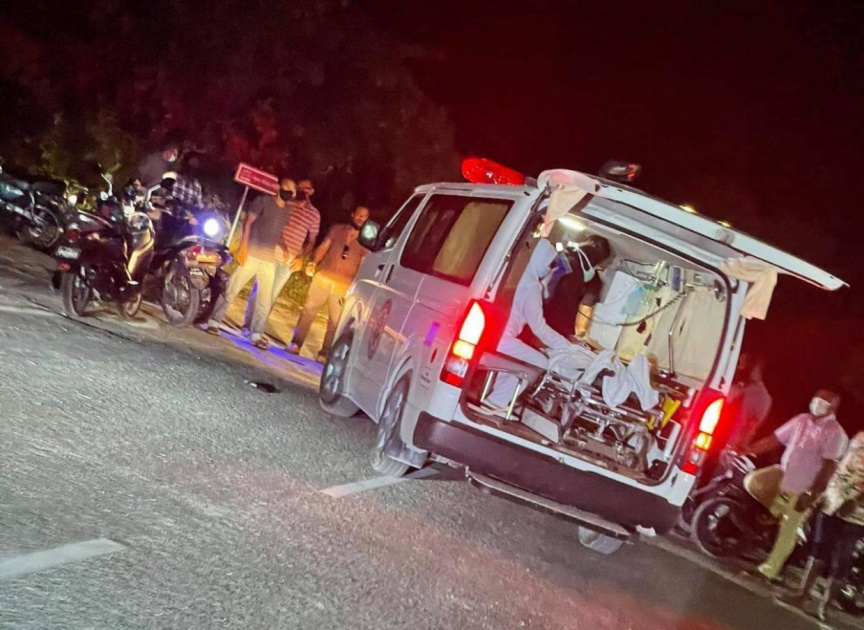 Those injured in gang violence in G. A. Maamendhoo are transported to the hospital on February 8, 2021.

A young boy has been stabbed to death and another young man left critically injured in gang violence in G. A. Maamendhoo.

The violence in Maamendhoo was reported to the police at approximately 10:10 pm on Monday.

The young boy who died in the incident has been identified as Ahmed Udhayyu, 17, Lily of the Valley, G. A. Maamendhoo.

According to G. A. Atoll Regional Hospital’s manager Shareef Ahmed, Udhayyu was brought in to the hospital - located in G. A. Vilingili - at approximately 11:13 pm.

He was already deceased when brought to the hospital, said Shareef.

“The boy had multiple stab wounds on his back,” he added.

A second person who sustained stab injuries in the incident, identified as Firushan Zahir, 21, is in critical condition.

He is the brother of the young boy who died in the same incident.

He was initially treated at the G. A. Atoll Regional Hospital before getting transferred to the Dr. Abdul Samad Memorial Hospital in G. Dh. Thinadhoo.

Officers in neighboring islands in G. A. Atoll have been dispatched to Maamendhoo to assist the local police.

The investigation into the case has been taken over by the Serious and Organized Crime Department of Crime Investigation Command.