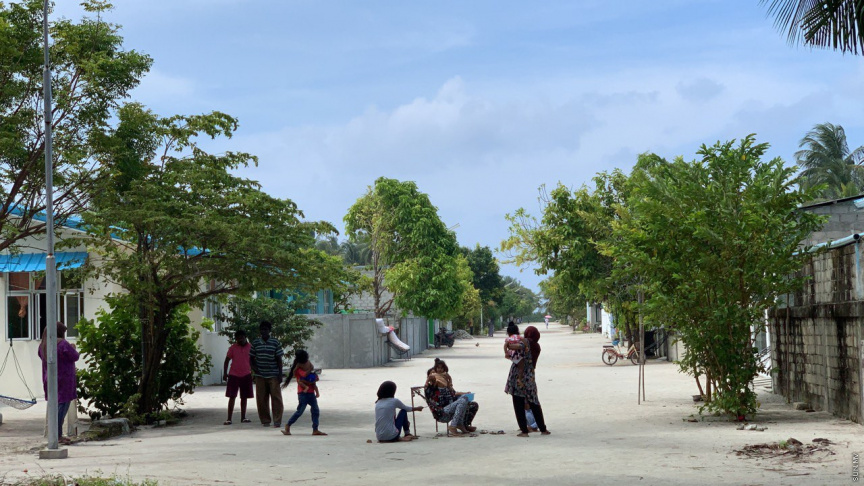 Two more people in home quarantine in G. A. Mamendhoo after travelling from Male’ City have tested positive for the new coronavirus.

Maamendhoo Council president Mohamed Zaeem told Sun the two had been in home quarantine in the same residence as the 28-year-old man who tested positive on Thursday.

The health authorities collected their samples on Friday, and issued the results, confirming their positive test results, on Saturday evening.

The three people had lived alone in home isolation in the residence.

They travelled from Male’ City to Mamendhoo via Kooddoo a week back, on June 13.

National Emergency Operations Center (NEOC) has announced the flight had carried passengers to both Maamendhoo and G. A. Gemanafushi.

Maamendhoo Council president Zaeem told Sun that the three people who travelled to the island met with another resident at the airport, who had just returned after quarantine at a transit quarantine facility at a resort.

The residence of the person they met at the airport has also been placed under monitoring as a precautionary measure.

NEOC previously stated that the health authorities will make a decision regarding whether or not to put restrictive measures in place in Maamendhoo and Gemanafushi following contact tracing.

Maldives identified its first coronavirus case on March 7, and declared a state of public health emergency over the pandemic four days later on March 11.

While coronavirus cases had initially been restricted to resorts and safaris, and later quarantine facilities holding inbound travelers, Male’ City identified its first coronavirus case on April 15, prompting a city-wide lockdown and a nationwide ban on nonessential travel.

The populous capital quickly emerged as the epicenter of the coronavirus outbreak in Maldives, contributing to over 90 percent of total cases.

Cases which emerged from other residential islands have been traced back to Male’.

Maldives has 2,150 confirmed coronavirus cases, out of which 1,769 patients have recovered and eight have died from complications.