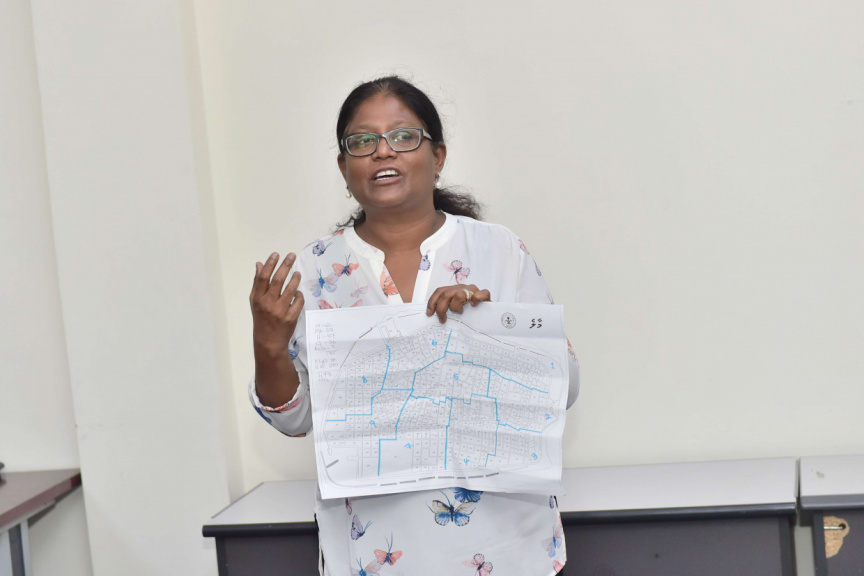 The opposition coalition, composed of Progressive Party of Maldives (PPM) and People’s National Congress (PNC), has accused the government of exerting influence over the corruption case against incumbent Male’ City mayor Shifa Mohamed, which has been submitted to the Prosecutor General’s Office for criminal charges.

PNC leader Abdul Raheem Abdulla told Sun he does not believe Shifa will be prosecuted in connection to the case, and alleged the government will influence the case, even if she is pressed with charges.

“I don’t believe Shifa will be charged. And even if she is charged, the government will influence the courts and will not allow for a just outcome,” said Abdul Raheem.

Anti-Corruption Commission (ACC) filed a formal request with the Prosecutor General’s Office asking for Shifa to be charged with corruption in September, following an investigation into a contract to develop Adi Park, a public park located in the Lonuziyaaraihkolhu area of Male’.

ACC requested for Shifa to be charged with misuse of official authority as a public official to obtain an undue benefit for one’s own self or for another under Section 513 (b) of the Penal Code.

The offense is a Class 4 felony and carries a sentence of one year, seven months and six days in prison.

Abdul Raheem said that regardless of the strength of laws that exist, justice cannot prevail unless those in charge enforce the laws.

Abdul Raheem alleges that nepotism is involved in the delay charges against Shifa, stating that in addition to being a senior member of the ruling Maldivian Democratic Party (MDP), she is also a relative of the Prosecutor General and close to the Parliament Speaker, former Maldivian President Mohamed Nasheed.

In response to a question by a reporter regarding the delay in Shifa’s case in a recent press conference, Prosecutor General Hussain Shameem said he has recused himself from the case due to his family connection with Shifa.

ACC also found Shifa made no attempt to halt the work despite having the authority to do so.

Shifa denies ever engaging in corruption or misuse of taxpayer money or assets in executing her duties as Male’ City mayor.