Mayor Shifa: I will not allow to be stained by corruption, innocence will be proven 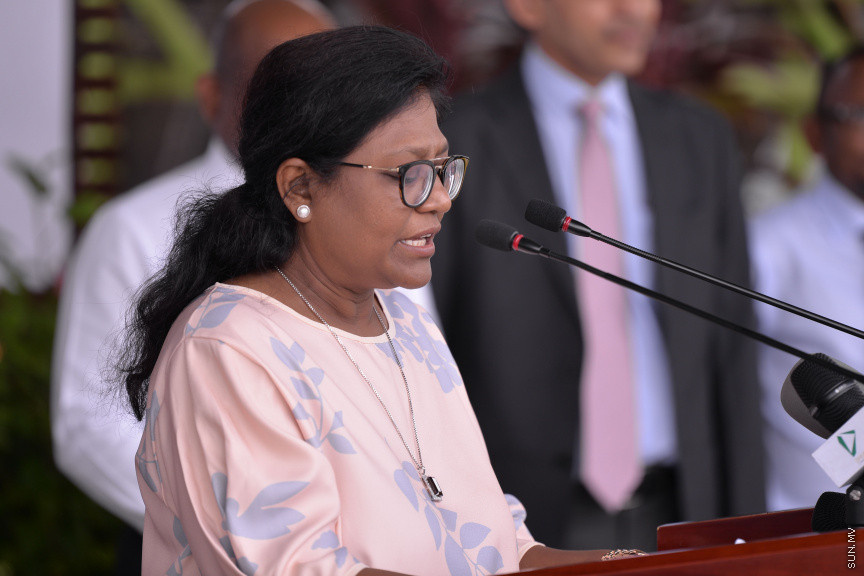 Male’ City Mayor Shifa Mohamed has stated that corruption allegations regarding a public park project near Sinamale’ Bridge, was an attempt by political rivals to stain her image, which she would not give away to.

The Anti-Corruption Commission (ACC) has requested the Prosecutor General’s Office for criminal charges against incumbent Male’ City Mayor Shifa Mohamed, after finding evidence of corruption in awarding a contract to develop the Adi park in the capital.

ACC announced on Tuesday that it has completed its investigation into the case, and has requested the Prosecutor General’s Office for Shifa to be charged with misuse of official authority as a public official to obtain an undue benefit for one’s own self or for another under Section 513 (b) of the Penal Code.

The project to develop Adi Park – located in Lonuziyaaraiykolhu area of Male’ – comprises of two toilet stalls, three huts, three entrance canopies, renovation of a lifeguard tower, and construction and installation of a garden bridge.

ACC found that the initial attempt itself was made to contract the project to AMIN Construction, by obtaining a quotation from the company alone, and requesting approval from Finance Ministry in accordance with single-source procurement method as stated under Article 10.25 of Public Finance Regulation.

ACC also noted that Shifa made no attempt to halt the work despite having the authority to do so.

A statement by Mayor Shifa denied that she had misused public funds and assets in performing her responsibilities as the Mayor.

The park project was something closely monitored and undertaken by the President’s Office, Planning Ministry, and City Council for the benefit of the public, read the statement which then stated that Mayor Shifa had attempted to get results within a short period of time.

“When they failed to do so, they turned to smear tactics of corruption. God willing, I will not let that happen.” Said the statement by the Mayor.

She said that people who knew her would be well aware that she would not be involved in any acts of corruption and that she was in full cooperation with the authorities regarding the allegations made by political rivals.

“And, By the will of God, I am sure that I can prove my innocence in every stage of the case.” Read the statement.

It was only natural to be faced with such challenges and difficulties when working in politics, read the statement where Mayor Shifa also described the work environment as a thorn forest where a lone woman was working as a leader in an environment surrounded by men.

“I faced difficulties from those opponents and enemies alone. Others also remained silent. I came this far with courage and determination. I still have the courage.” Said the Mayor in her statement.

She said that the allegations of the park project were made towards her as a part of a series of such allegations focused on removing her from office.

“Their guns are targeted at me because I am in the way of what they are trying to achieve.” Said Mayor Shifa. She added that it was her hope that she can hand over the office and its work as well as everything entrusted to the office to the next elected Council.

The possible charges against Mayor Shifa come not long after she faced a vote of no confidence, which was eventually halted by the Local Government Authority.