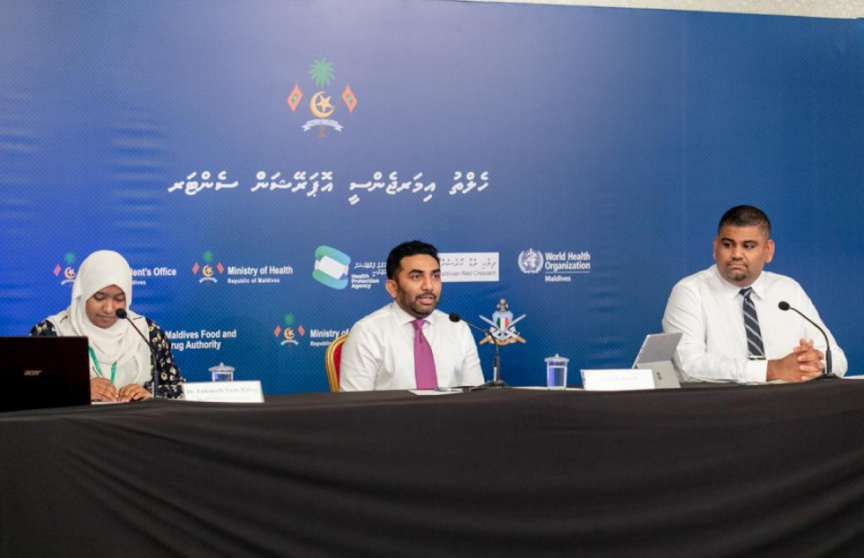 Mabrook Azeez, who served as the spokesperson for National Emergency Operations Center (NEOC), said on Sunday that the information he conveyed regarding the government contracts for procurement of ventilators was information he received from the Health Ministry, and that findings on the audit report regarding the contracts must be investigated, and those responsible must be held accountable.

The compliance audit report on COVID-19 related spending by the Health Ministry released by the Auditor General’s Office earlier this Sunday concludes that there is reason to believe the procurement of ventilators from overseas involves fraud.

While Health Minister Abdulla Ameen and officials from NEOC, including Mabrook, previously stated that the Executors General Trading was contracted at the recommendation of World Health Organization (WHO), the Auditor General’s Office found the company had not been recommended by the organization.

Mabrook has stated that he never deliberately misinformed the public regarding the ventilator contracts, and that the information he conveyed had been verified by the Health Ministry.

NEOC had been repeatedly questioned about the contracts for the ventilators by the press at the time.

Mabrook said he had worked to verify information regarding the ventilators as NEOC spokesperson.

“Following such questions by reporters, I conveyed information based on what I was told by the Health Ministry. My job was to provide details to clarify the information.  And the Minister [Ameen] conveyed the same information regarding ventilators during NEOC press conferences and to the Parliament,” he said.

Mabrooq said that he had stressed even then that the information he conveyed was verified through relevant institutions, and had requested for institutions which function as oversight bodies to perform their duties, and for such cases to be reported to such institutions.

The Auditor Generals releasing a report highlighting such issues is a good thing. I believe this case will undergo a swift investigation and action,” he said.

Following the release of the report, President’s spokesperson Ibrahim Hood has stated that President Ibrahim Mohamed Solih will take action against those responsible, regardless of who they may be.

The Auditor General has ordered an investigation into the award of the contract to Executors General Trading.

Schools, Gyms and Mosques to be reopened in July