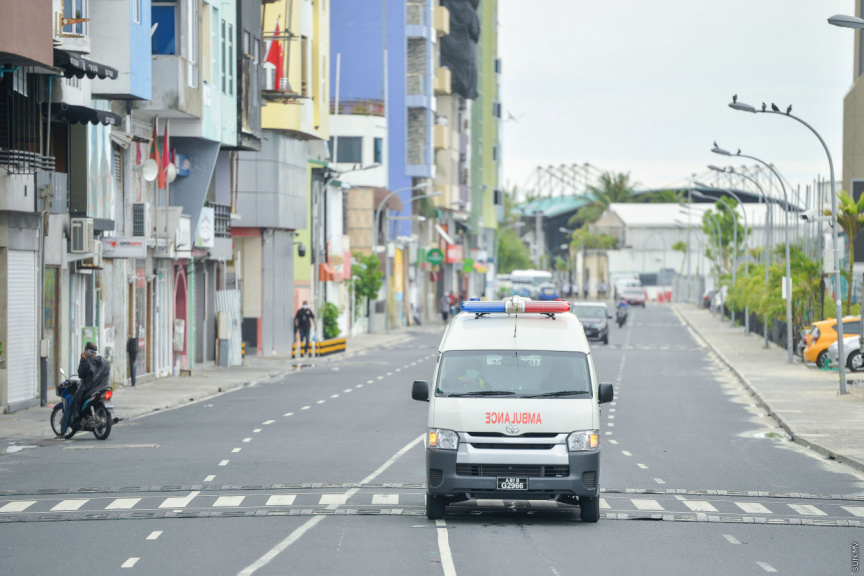 An ambulance drives along the ring road of Male' City on April 24, 2020. (Sun Photo/Fayaz Moosa)

National Emergency Operations Center (NEOC) has announced that a 54-year old individual is among the positive COVID-19 cases identified today.

In a presser tonight, NEOC spokesperson Mabrouq Azeez said that the individual was a local with health complications.

“A 54-year old local male tested positive. The individual is receiving treatment for other diseases or complications that could make the condition severe” said Mabrouq.

The Maldives currently has 368 active cases. They include 133 locals and 235 foreigners.

High-risk individuals have previously tested positive for the virus in the Maldives.

Schools, Gyms and Mosques to be reopened in July