MP calls for investigation into Finance Minister over audit revelations 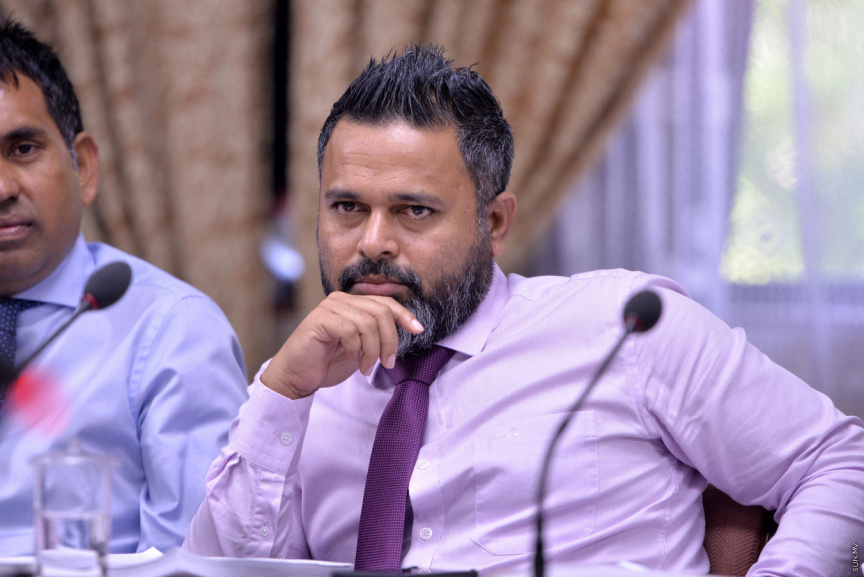 Opposition parliamentarian Ahmed Shiyam has called for an investigation into Finance Minister Ibrahim Ameer after multiple issues were revealed from an Auditor General Office report into the compliance of COVID-19 related spending by the Tourism Ministry and Health Ministry.

The Audit Report into the Health Ministry's spendings revealed that the Ministry had awarded a contract to source 75 ventilators to Dubai based Executors General Trading under the pretext that it was recommended by the WHO. Out of the 10 ventilators that authorities received, it was identified that there the brands of ventilators imported and initially ordered were different with a number of features missing.

The report cited multiple other issues regarding government expenditure and instances of unethical and dishonest conduct. The Auditor General's Office even ordered an investigation into the conduct.

Shiyam tweeted last night that based on the report, it was evident that this was not something that the Health Ministry did single-handedly.

"It is a huge crime that the Finance Minister paid 90 percent of the total value in violation of the public account laws. Should be investigated," said MP Shiyam.

The government has said that it would take action against those involved in any misconduct identified. Parliament's Public Accounts Committee is also investigating the matter.

Health Minister Abdulla Ameen has previously said during news conferences that the Executors General Trading from Dubai, was recommended by the WHO and was on a list of recommended suppliers by the WHO. The Ministry even sent letters to the Finance Ministry and Parliament stating so.

However, the audit revealed this to be untrue, and that WHO had no communications or transactions whatsoever, with Executors General Trading.