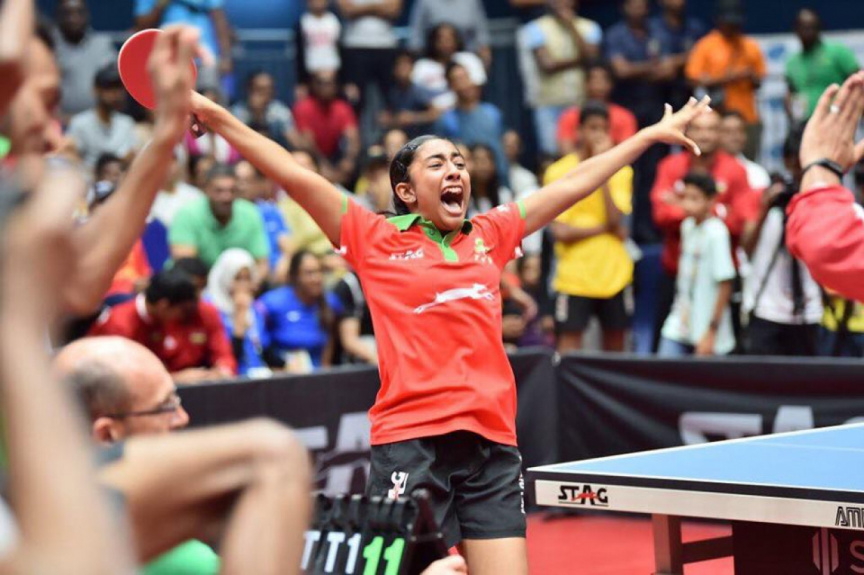 While the Maldives won the final by beating Mauritius in three out two games, the team consisted of 11-year-old Fathimath Dheema Ali and the 15-year-old Aishath Rafaa Nazim as well as two more experienced players Mueena Mohamed and Fathimath Jumana.

The Maldives lost the first game of the match when Dheema was defeated in the first two sets of the match with a score of 9-11 and 11-2. Dheema recovered enough to win the third set 10-12 but lost the fourth set by 6-11.