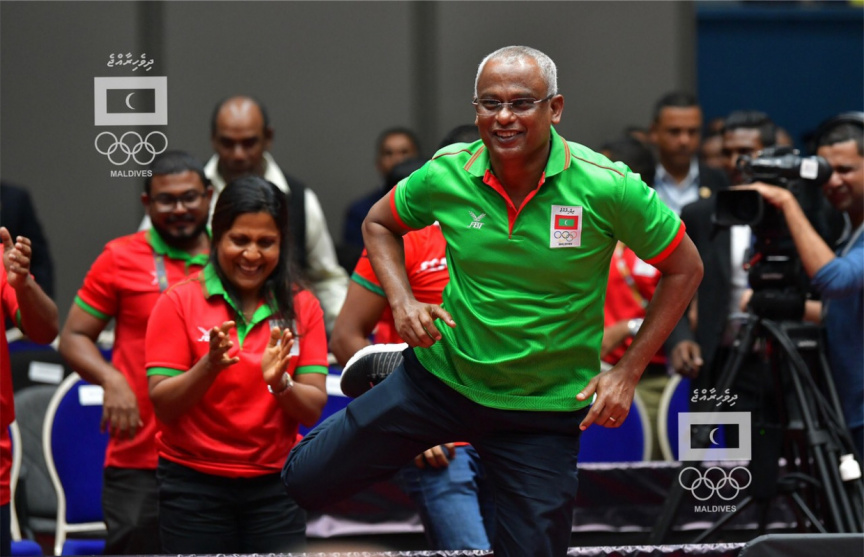 President Ibrahim Mohamed Solih has stated that the country should bestow a warm welcome and provide a great hospitality experience to the participants of the Indian Ocean Island Games that will be held in the Maldives in 2023.

It is a proud moment for all Maldivians who have dreamt of hosting such an event in the tiny island nation. The news that Maldives was successful in its bid to host the IOIG, its most successful competition to date, was announced by President Solih and is one of the highlights of the countries history in sports.

The government has also promised its support in training the players for the next games and stated that the preparations for training the players will begin right after the current games that are being held in Mauritius. The role of the Foreign Minister Abdulla Shahid and Sports Minister Ahmed Mahloof in the Maldives' bid to host the games also needs to be highlighted as their work was instrumental in attaining the support of the other nations for the bid.

It will be the biggest event of its kind that the Maldives will be hosting and will bring a boost to the countries economy and tourism industry as well. President Solih has promised that the country will not spend excessive amounts in funds for the games. The President has also promised that if the current administration goes on to fulfill its promised pledges, the country will have the capacity and infrastructure to host such an event by the year 2023.