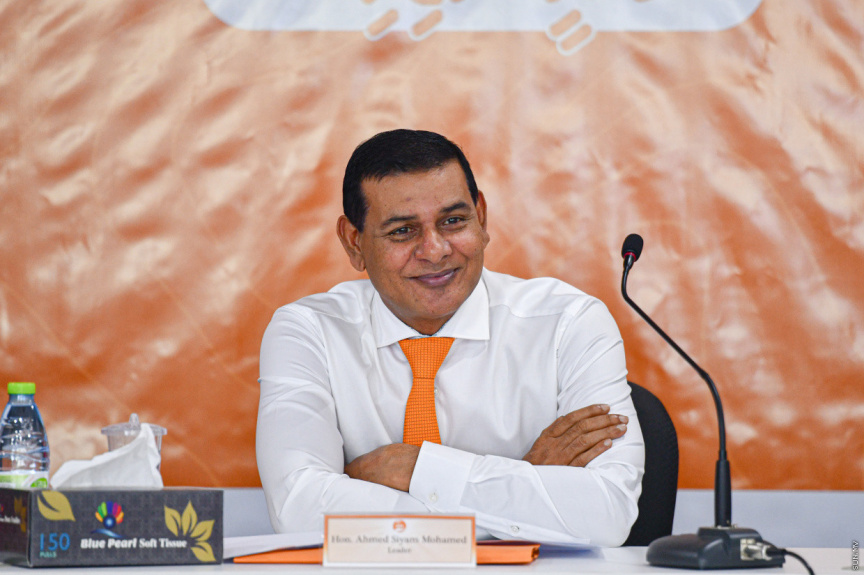 Maldives Development Alliance (MDA) has approved to change of the party’s leader’s name to president.

The decision was taken at an extraordinary congress of the party currently underway.

The proposal to change MDA’s leader’s name to president was put forth by one of the party’s Deputy Leaders, Ali Mauroof. This proposal was seconded by another Deputy Leader, Dr. Aishath Rafiyya.

Only three members who took part in the congress voted against the proposal. All remaining members had voted in favor of changing the leader’s name to president.

With this decision, the name of deputy leaders will be changed to vice presidents.

“The term ‘president’ is used by the parties in all developed democracies across the world and neighboring countries to the Maldives,” he had said.