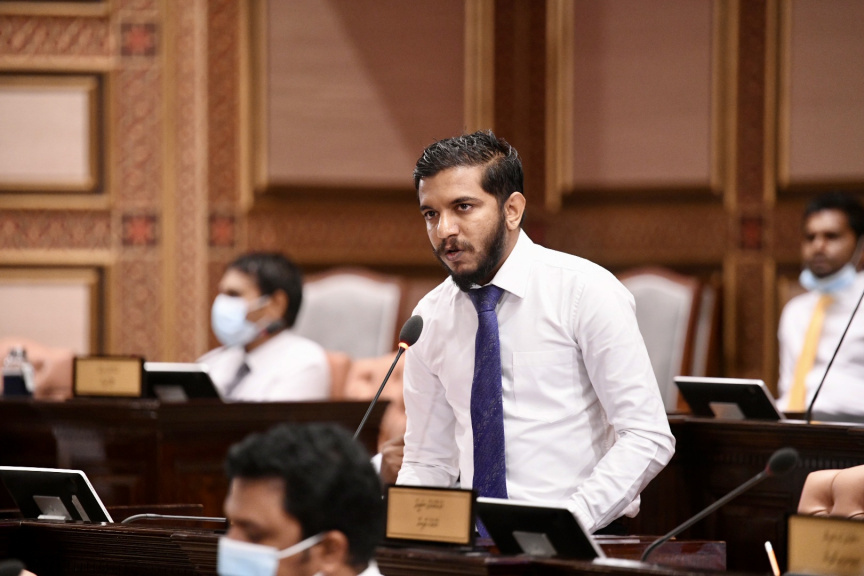 Fonadhoo MP Moosa Siraj has submitted a motion to the parliament to inquire whether the issuance of 3,000 land plots exclusive for Male’ residents, free-of-charge, is just.

In a letter sent to parliament on Monday, he said that lack of housing was the most pertinent issue faced in the Maldives – whereas every administration had worked on addressing the issue.

Underscoring that the largest project carried out address housing issues was the Hiyaa Housing Project – MP Siraj said that 6,720 families from seven categories in need of housing were granted flats under the project.

Despite this, he stressed that the flats were granted subject to monthly payments to settle the total charge.

“Native Male’ people included in H8 category and individuals listed in Male’ Dhafthar included in H9 category for Hiyaa Flats developed in Hulhumale’ Phase II were given the flats on condition of payment,” the letter read.

MP Siraj also noted in his letter that when Housing Development Corporation (HDC) recently announced the sale of 60 land plots exclusive for Male’ residents – the demand was extremely high despite the price of each square foot being higher than MVR 7,000.

He went onto describe the issuance of land valued at MVR 48 billion for 5,000 families from a population of 400,000 during period of time state debt has climbed up to MVR 100 billion, with debates on possibly defaulting loans, was unjust.

Expressing belief that the land plots being issued for Male’ residents cannot be distributed equally amongst 5,000 families – MP Siraj, in his letter, proposed to assess the amount of money the government may earn by putting the land plots up for bid to sell them.

The government opened applications for 3,000 land plots from Hulhumale’ and Gulhifalhu to be issued exclusively for Male’ residents on last week’s Sunday.

Planning Ministry confirmed to Sun that over 3,000 forms had been submitted via ‘Gedhoruverin’ portal within a week’s period for the housing opportunity.

The smallest land plots issued – that is for individual applicants – will measure in 1,250 sqft. The size can be increased based on the number of joint applicants – with 4,000 sqft being the biggest.

Apart from this, applications had also been opened 4,000 flats that is currently being developed at Hulhumale’.