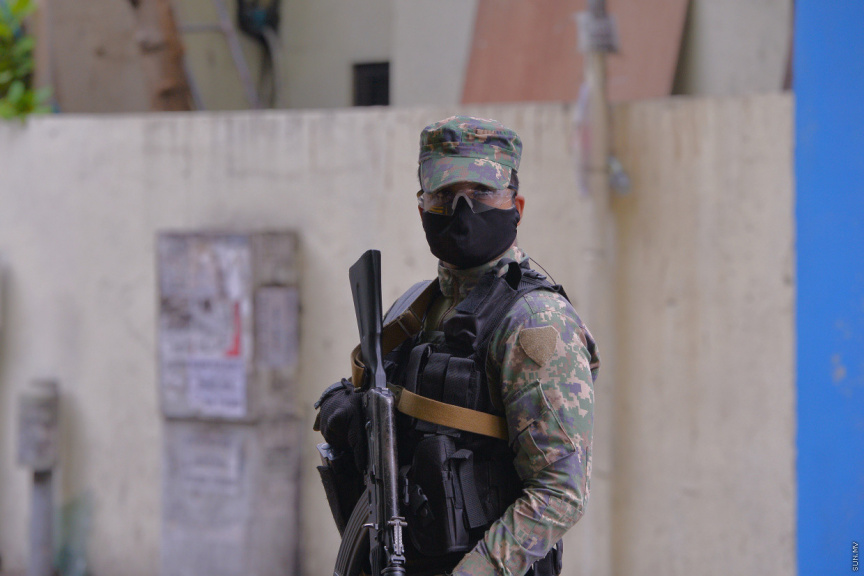 Two areas in Male’ City have been cordoned off, with armed security forces active at the scene.

The two areas which had been cordoned off on Tuesday afternoon is Justice Building area and China Embassy area – both of which the public and journalists have been denied access to.

Sun has been informed that the two areas were cordoned off for security reasons prompted by a threat sent anonymously through Male’ City Council’s online portal.

However, Maldives Police Service and Maldives National Defense Force (MNDF) have yet to issue an official comment on the matter.

Usually, such armed operations are carried out over cases related to bomb threats or terrorism.