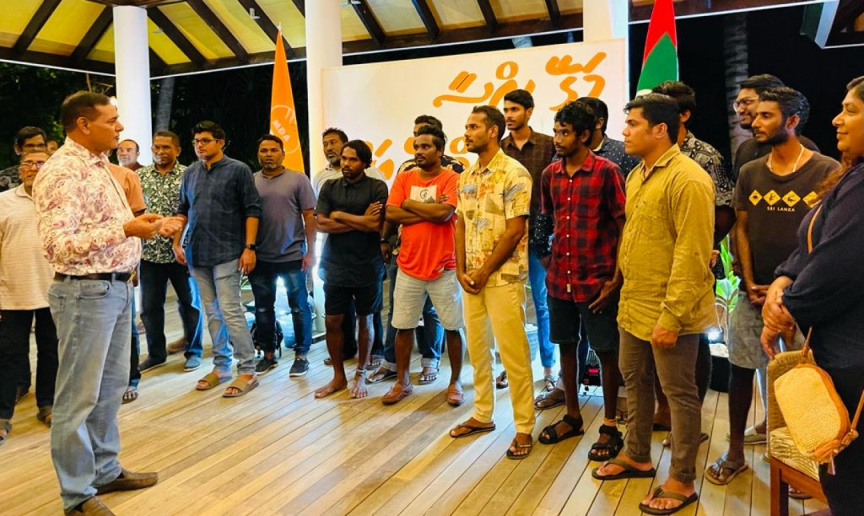 From the ceremony held at Siyam World on Saturday, June 11.

Amongst those who were newly signed were the Vice President of N.Fohdhoo Council Ahmed Imrah and the former Regional Manager of Fenaka Mohamed Faiz.

Speaking to Sun, Imrah noted that MDA’s leader Honourable Ahmed Siyam is someone who has done plenty for the atoll.

Hence, in his opinion, going with the party was the best cause of action for his island.

Meanwhile, Faiz said that MDA was a hopeful party and that compared to others in the political arena, Siyam was fives times cleaner.

Additionally, he stated that Siyam has provided assistance to many in N.Atoll, and he was a very good employer to those working at his resorts as well.

MDA: Will grow 1/3 fruit&vegetable locally in our gov