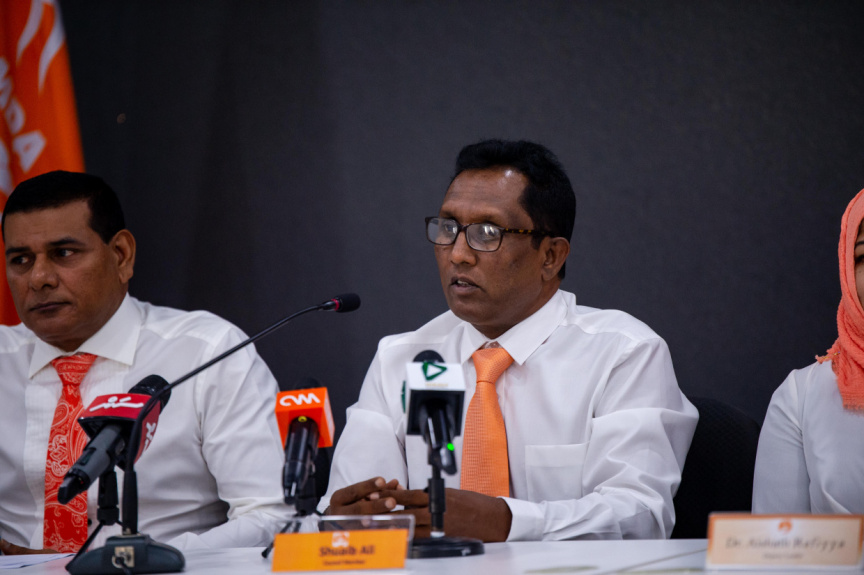 In a press conference by MDA on Wednesday evening, MDA’s leader, Meedhoo MP Ahmed Siyam Mohamed described the new members as people selfless individuals who prioritized public service above all.

Speaking to press, Shuaib described Siyam as a forward-thinking and visionary leader.

“I looked to see who would work for a prosperous future for the Maldivian people with sincerity and purpose, and with courage. Which party would deliver the religion of Islam and our beloved nation to our children, and our children’s children,” he said.

Areef said Siyam wasn’t someone who would wish ill on anyone. He said he was committed to working with MDA to provide a future of justice and fairness for the Maldivian people.

MDA hosted the press conference following a national council meeting earlier Wednesday, during which the party discussed strengthening its management.

MDA: Profits of fishermen must be returned back to them