Home Minister: People need to be watchful of politicians who profit from drug trade 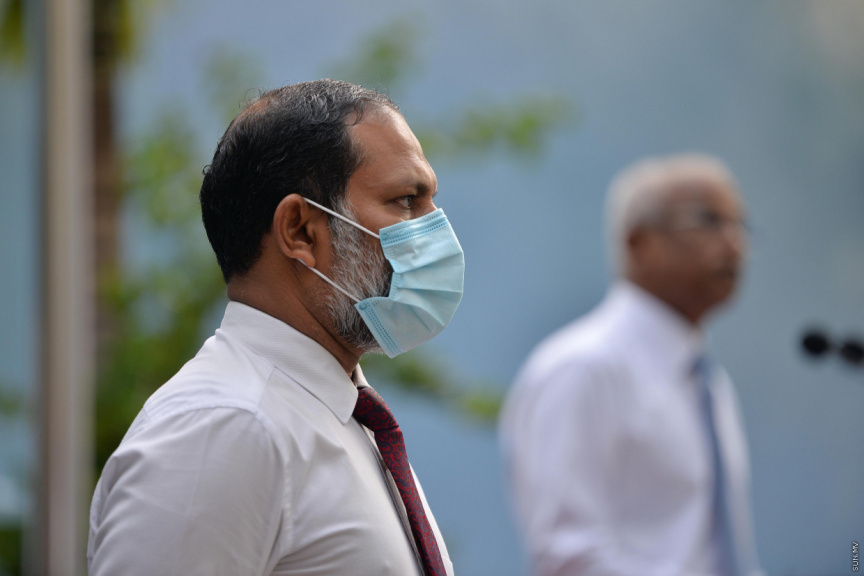 Home Minister Imran Abdulla said on Tuesday that there are certain politicians who take undue advantage of Maldives’ drug crisis, and people need to be more watchful of such politicians.

He made the remark in a ceremony held by police in K. Dhoonidhoo on Tuesday morning to dispose of drugs seized by authorities in various operations.

Imran said that the biggest challenge to solving the drug crisis was the existence of people who profit from the drug trade. He said that it included both business networks and certain politicians.

He said that such individuals were orchestrating the release of suspects involved, before they could be put on trial.

Imran said that the public needs to be aware of the people taking advantage of such a huge issue and causing such damage to the nation, and be watchful of them.

“The people need to be alert to them. The people need to think about this. That way, such parties will distance themselves from such things and will not involve such crimes in their business and criminal activities,” he said.

Imran said it was the only way Maldivians could save themselves from the scourge of drugs.

“The government is investing its full attention to this. What we need today is for all institutions and the entire people to work together. Then, In Sha Allah, we will overcome this,” he said.

When questioned by reporters after the ceremony, Imran refused to name the politicians involved.

“As to the people behind them [drug traffickers], I don’t believe I need to publicly name each of them,” he said.

Imran said that both the police and public were aware of the involvement of politicians in drug cases.

However, he refused to name anyone.

“Therefore, I don’t believe it's necessary that I name them,” he said.

Imran said authorities have seized drugs worth MVR 18 billion over the last three years. He said it was evident that it didn’t involve just a couple of “kids from the streets”.

“I believe this isn't something two or three kids from the streets can accomplish. We should all know this,” he said.

Imran said that he was putting himself at risk by talking about it.

Imran also blamed the lack of solution to the drug crisis on policies of former administrations. He said that the current administration was on a path to solve a crisis which has plagued Maldives for over 50 years.