Fire breaks out at Jabir’s Casa Mia, as it prepares for December opening 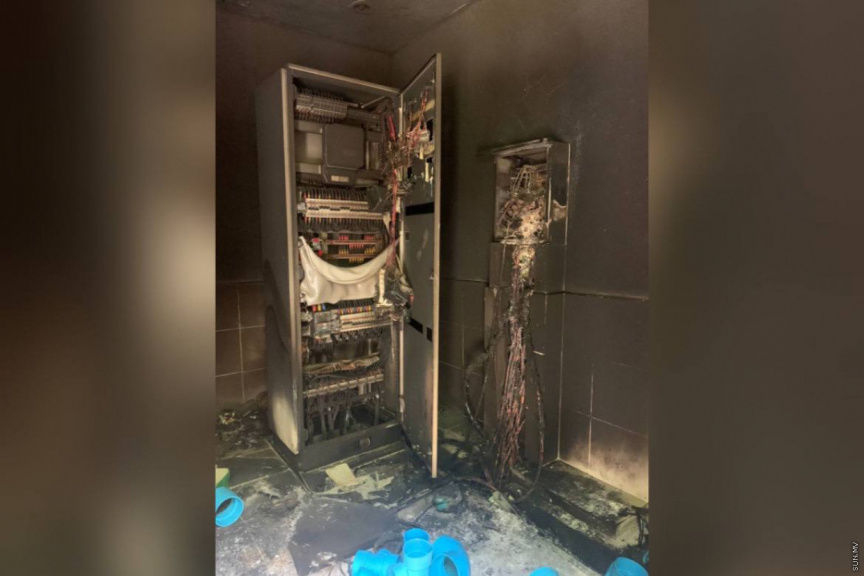 Fire breaks out inside the engine room of Casa Mia Maldives in AA. Mathiveri on November 6, 2021.

A fire broke out again at Casa Mia Maldives – a guesthouse owned by Kaadhidhoo MP Abdulla Jabir in AA. Mathiveri – on Saturday, as it prepared to open in December.

The incident took place at approximately 04:00 am on Saturday.

The DRP leader’s son Mohamed Jabir – who is in charge of Casa Mia – told Sun that the fire originated from the guesthouse’s engine room.

He alleges the fire was deliberately set.

“Some accelerant was poured into something inside the engine room here and set on fire,” said Mohamed.

A police spokesperson said that an incident involving an electric board catching fire was reported from Mathivei at approximately 05:00 am on Saturday.

The spokesperson said that no one was injured in the incident, and that the case is under investigation by the police.

Casa Mia was the scene of an arson attack three years back, as the guesthouse prepared for its grand opening, resulting in millions in damages.

Jabir recently announced plans to open the guesthouse in December.

Jabir said at the time that he had invested millions of US dollars on the guesthouse.

Rich Club Maldives took over ownership of the guesthouse – developed after leasing plots of 21,000 square feet and 25,000 square feet from Mathiveri Council – 2017. The land was leased to Jabir for 50 years.