La Liga back on ICE TV and ICE Sports 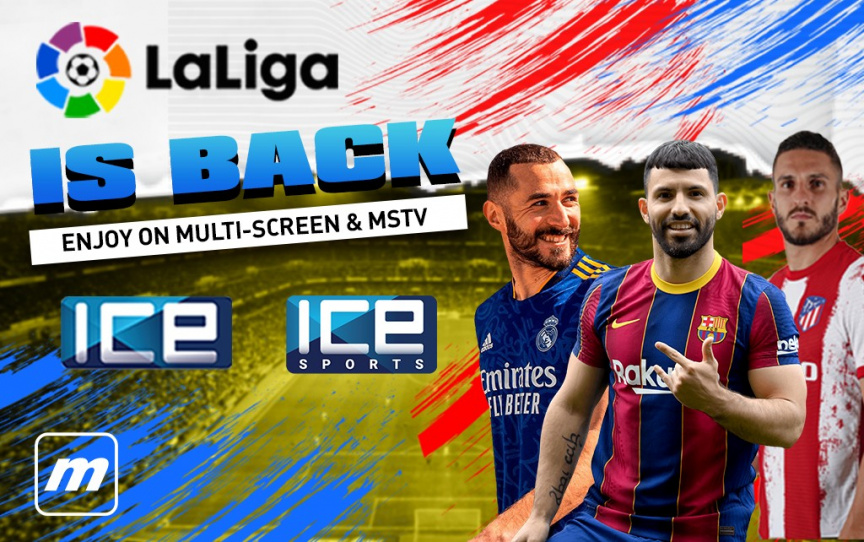 Biggest cable TV operator in Maldives, Medianet has announced that the Spanish La Liga, one of the top football leagues in Europe, is back on ICE TV and ICE Sports.

The 2021-2022 La Liga season kicked off with the first round of matches beginning this Saturday. The opening match featured six-time La Liga winners Valencia CF hosting plucky Getafe. New Valencia manager Jose Bordalas went up against the team he led for the past five seasons, beating the club 1-0.

Atletico Madrid will not have an easy opening to its title defense, traveling to face last year’s eighth place team, Celta Vigo on Sunday at 20:30. Barcelona also have its hands full with fifth-place finishers Real Sociedad, as they begin life without Leo Messi. The match against Real Sociedad will take place on Saturday at 23:00.

Atletico Madrid, Barcelona and Real Madrid may once again be the favorites in the 2021-2022 season, but the next tier of clubs will be dreaming of taking advantage of the air of change sweeping over La Liga and hope to do enough to make a challenge for the title. The race to avoid relegation and to qualify for European tournaments should prove just as intriguing as the battle at the top.

Medianet customers can enjoy LIVE matches on multi-screen using phone, laptop or tablets anytime, anywhere. It is also available on MSTV for customers with Android UHD TV, which has a catchup feature allowing customers to watch past four days of program. Customers have the option to set reminders, pause and play on Multi-Screen and MSTV.

Details of the fixtures are available via LIVE Events on Bmail and through Medianet’s social media accounts.

‘CNN Heroes’ can be viewed on MS Medianet App