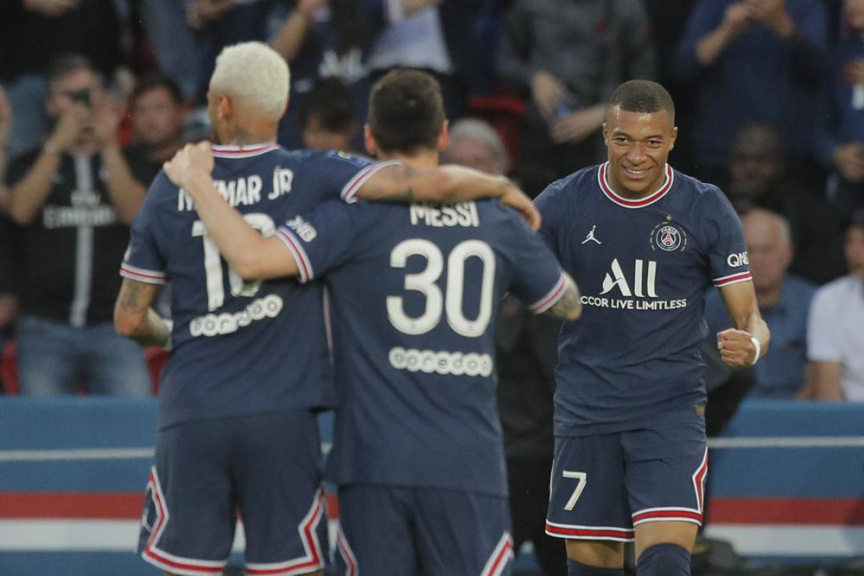 PSG's Kylian Mbappe, right, gestures as he celebrates after his second goal during French League One soccer match between Paris Saint Germain and Metz at the Parc des Princes stadium in Paris, France, Saturday, May 21, 2022. (AP Photo/Michel Spingler)

Biggest cable TV operator in Maldives, Medianet, has announced that the anticipated matches in the new season of ‘France Ligue 1’ will be broadcasted on their channels.

The new season of Ligue 1 kicked off on August 6. Whilst two game weeks have been completed – the defending champion, Paris Saint-German (PSG), comprising of star-studded plays, takes first place on the table.

Medianet said that heated matches of Ligue 1 can be viewed on ICE Network’s channels. That is ICE TV (Channel 100), ICE Sports (Channel 102) and ICE Plus (Channel 888).

Medianet customers can enjoy LIVE matches on multi-screen using phone, laptop or tablets anytime, anywhere. It is also available on MSTV for customers with Android UHD TV, which has a catchup feature allowing customers to watch past four days of program. Customers have the option to set reminders, pause and play on Multi-Screen and MSTV.

PSG is a fan favorite soccer team in the Maldives. Three prominent world-class players play for the team; Argentina’s Lionel Messi, the player who has one the most ballon d'or to date, France’s Kylian Mbappé and Brazil’s Neymar Jr.

'Pledges made to resort staff whilst in a dream world'