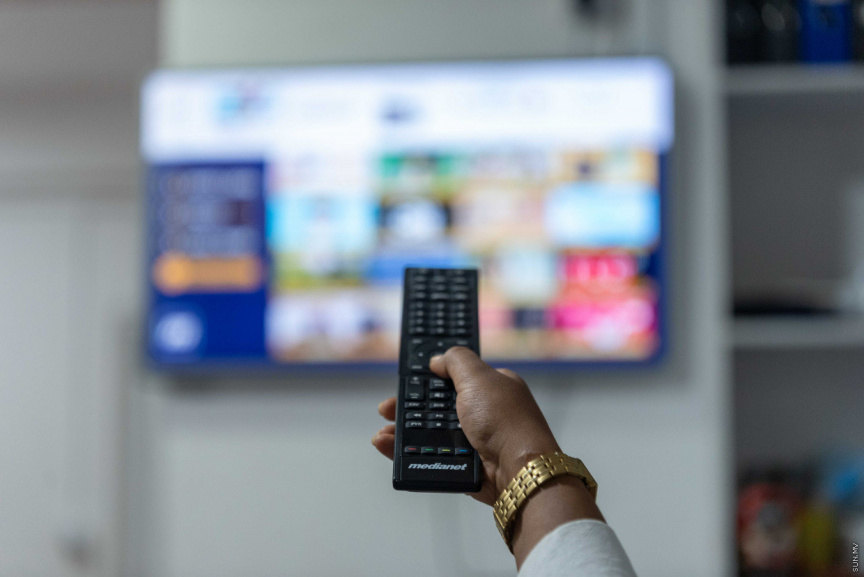 A customer watches Medianet on television.

Medianet has submitted a case against Holiday Inn Kandooma Maldives at the Civil Court, claiming rebroadcast by the latter in violation of the Broadcasting Act, Rebroadcasting Act and Copyrights Act.

A hearing in the case was scheduled for 9:00pm on last Saturday, which was cancelled following Kandooma’s failure appear before the court.

This is the fourth hearing which has been cancelled over Kandooma’s failure to appear before the court. Sun has learned that the claimant requested the court to proceed with the hearings in absentia of the defendant as a result.

Medianet is suing Kandooma for provision of rebroadcasting service without necessary permit –  as the resort does not have the permit to rebroadcast some channels being rebroadcasted by the resort.

As per Article 18 of the Rebroadcasting Act, a third party may only rebroadcast a broadcaster’s channel, after acquiring the rights to do so

Medianet has stressed that several complaints have been submitted to BroadCom over financial losses incurred by broadcasters due to third-party rebroadcasting without permit, by way of pirating.

Action has previously been taken against Kandooma resort for rebroadcasting 40 channels without permit. Civil Court issued a cease and desist order against Kandooma, instructing to halt the rebroadcast of all channels by the resort which they lack permit for.