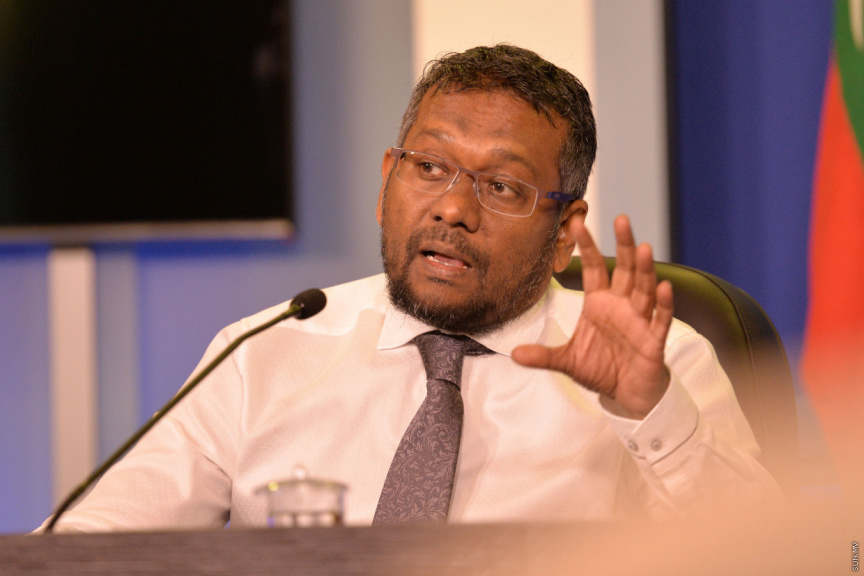 Economic Development Minister Fayyaz Ismail is seen as one of the most influential members of the Cabinet, making the move from within his own party, the main ruling party MDP, to gather signatures to submit a no-confidence motion against him all the more surprising. Fayyaz said news of the move caught him by surprise. He asked one single question; “Why?”

Fayyaz told Sun that he hasn’t done anything to warrant a loss in confidence in him, and that he remains steadfast. He said he fails to understand the reason for a group of MDP parliamentarians to move to submit a no-confidence motion against him.

“I wasn’t at all aware of any such grievance among parliamentarians. I became aware of the existence of such a grievance today itself. I understand they have some grievance, since they are working to submit a no-confidence motion,” he said.

Fayyaz said that no parliamentarian had expressed a grievance against him, and that he had believed his performance to be satisfactory, up until now.

“I am a little surprised,” he said.

Fayyaz said there is no room for allegations of corruption against him.

“I am saying this with 100 percent certainty, I have never engaged in any corrupt activity,” he said.

Fayyaz said he found it hard to believe Nasheed to be behind such a move.

“If such a reason existed, he would have hinted it to me before signing a no-confidence motion, if I had done wrong, or if people believe me to have done wrong.  He has never spoken to be about something like this, about me doing wrong. I don’t believe Speaker Nasheed would do something like this,” he said.

Fayyaz, who had served as the parliamentary representative for Gan constituency on the 17th parliamentary assembly, described the move as a good example of democracy. But he also feels blindsided.

“What’s happy is that there’s opportunity for MDP parliamentarians to work against an official within the MDP administration they believe they have lost their confidence in. It’s a great satisfaction. This shows the strength of democracy. The sadness I feel in this is that I was never given any indication I was being found at fault. I am sad about that. But other than that, I have no more concerns regarding this,” he said.

Fayyaz said that he will remain steadfast in working to uphold the democracy in Maldives and serving the nation, even if the no-confidence motion passes and he is pushed out of the Cabinet.

'Running for post because no one capable is contesting'

Elly: A star in the making