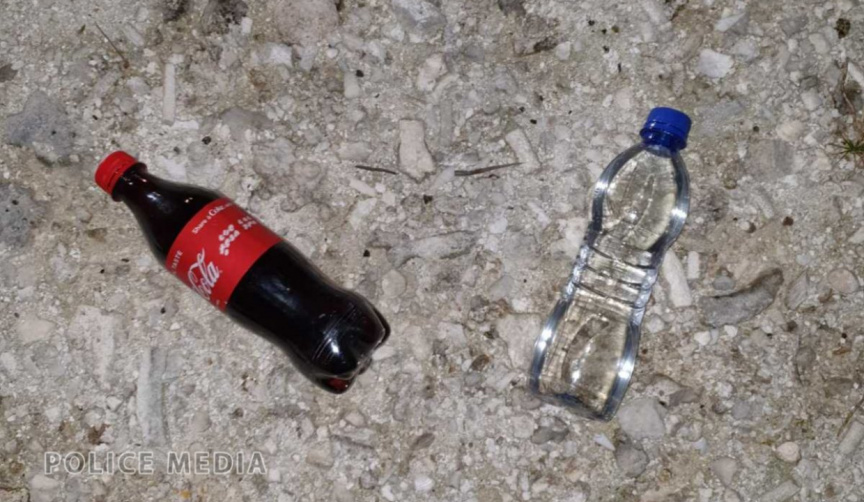 A 500 ml bottle containing alcohol confiscated by Police in L. Gan on December 31, 2019 is seen on the ground in the picture. Police arrested three men and one underage girl from Gan in relation to the matter. (Photo/Police media)

Three men and an underage girl has been arrested by Police in L. Gan.

Police discovered bottles containing alcohol from the group who are suspected of attempting to get intoxicated. A tweet sent out by the official twitter account of Police read that three men aged 22, 33 and 40, as well as a 16-year old girl, was arrested from the southern area of the sand spit in Gan around 21:00 last night.

A 500 ml bottle containing alcohol was confiscated from the scene by the Police.

An incident where bottles containing alcohol were smashed onto the road when Police arrived on the location was also reported last night.

Police are conducting a special operation against drugs and alcohol to prevent the commission of different crimes on the occasion of new years eve.

Video showing a cat being strangled to death goes viral

Six arrested with contraband to be smuggled into jail

'Dollars sent abroad to buy goods, but they won't come'