Saeed confirms his win with 2 additional votes during recount 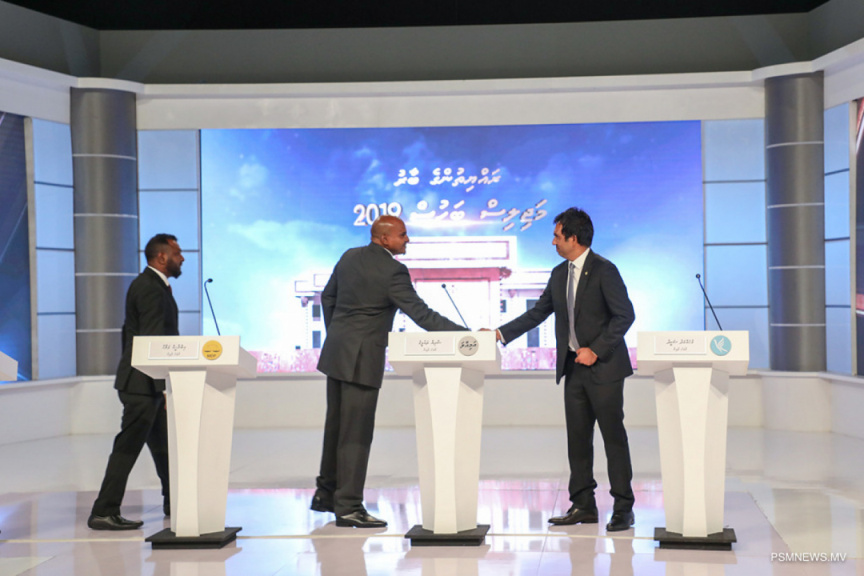 Interim Deputy Leader of People’s National Congress (PNC), Mohamed Saeed has confirmed his win as the MP-elect of Maavashu Constituency.

The commission had first recounted four of the ballot boxes following a complaint. The recount on the four ballot boxes was carried out on Tuesday and placed Saeed at the lead by a margin of five votes.

The commission had received an additional complaint on Wednesday, and ordered a recount of the remaining 69 ballot boxes kept for the Maavashu Constituency during the parliamentary election.

The recount was carried out last Wednesday night and increased Saeed’s lead to a margin of six votes with two additional votes awarded to him.

The recount on the 69 boxes, which began at 5 pm and ended at 2 am, was conducted in the presence of the two frontrunners – Saeed and MDP candidate Ibrahim Falah – as well as observers, monitors, and the press.

The current Maavashu MP Azhan Fahmy, who ran for re-election on behalf of Jumhoory Party (JP), received one additional vote from the Maavashu-1 ballot box during recount after one ballot, which was originally ruled invalid, was ruled valid. The number of invalid votes from the ballot box is now 6.

Both Saeed and Falah were awarded two additional votes each during recount of Maavashu-2 ballot box. The number of invalid votes from the ballot now stands at 2.

No discrepancies were found during recount on the remaining 66 boxes.

This is the second time for Falah to suffer defeat running for the Maavashu parliamentary seat.

The commission, on Wednesday, carried out recounts on ballot boxes at:

The recounts did not produce any definitive changes to interim results.

EC will be announcing the final results of the parliamentary election results this Thursday.