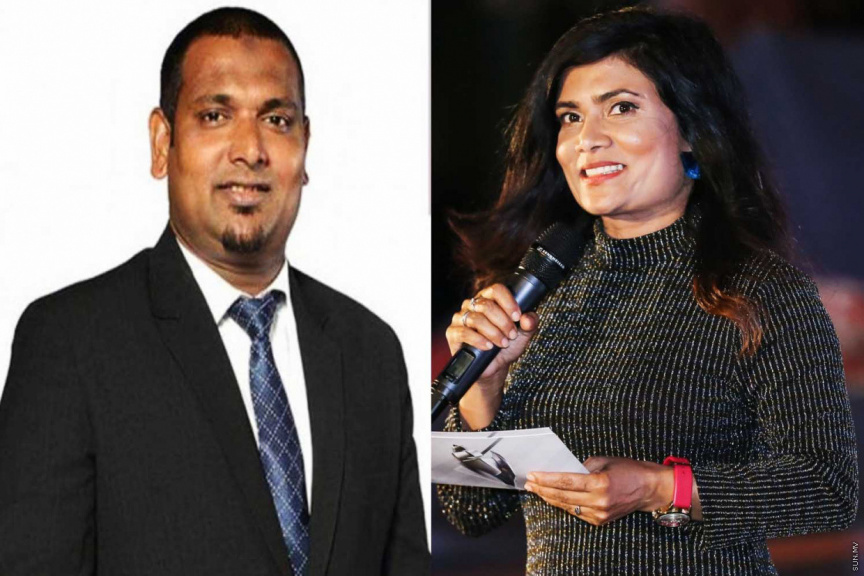 Ibrahim Hilmy and Mariyam Waheeda have been appointed to the Board of Directors of Public Service Media (PSM).

Ibrahim Hilmy was appointed Chairman of the PSM’s BOD, and veteran presenter Mariyam Waheeda as a member of PSM’s BOD.

Chairman of Privatization and Corporatization Board, Mohamed Nizar confirms the appointments were made last Saturday.

The two new appointees replace Ibrahim Rasheed (Mahurab Ibbe) and Aishath Hafeez who were dismissed from the BOD last Saturday.

Meanwhile, Mariyam Waheeda is a veteran news anchor and presenter who has a record of years of service at the Television Maldives (TVM). She also served on the BOD of Maldives National Broadcasting Corporation (MNBC).

Mariyam Waheeda previously applied for membership of Maldives Broadcasting Commission (Broadcom). She was the applicant to receive the highest marks, but failed to gather enough votes from the Parliament.