18 arrested for vandalism on PPM center in Kolamaafushi 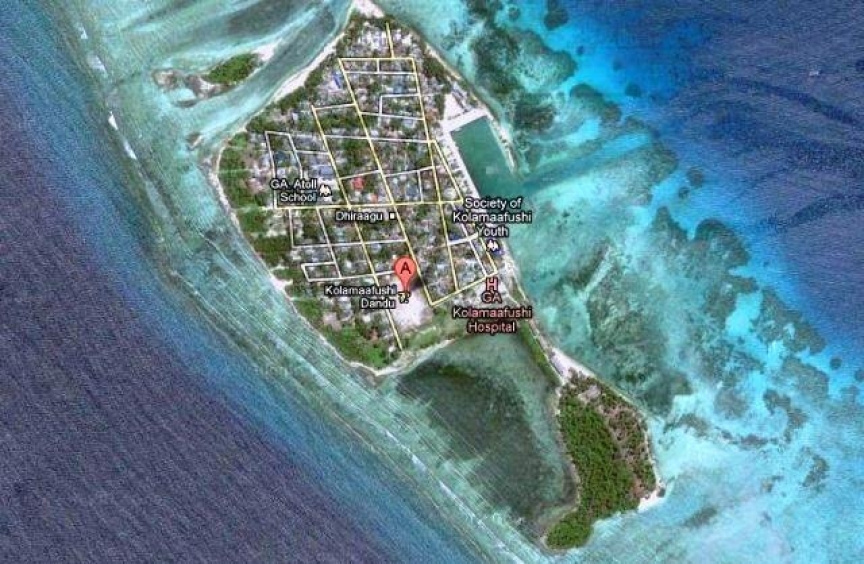 18 people have been arrested from G. A. Kolamaafushi following allegations by Progressive Party of Maldives (PPM) that opposition, supporters of Maldivian Democratic Party (MDP) cut down flags posted in front of the party’s center at the island.

Media official at Maldives Police Service confirmed 18 suspects have been arrested in connection with the case, but disclosed no details.

During a press conference held by PPM last Wednesday evening, leader of PPM’s parliamentary group, MP Ahmed Nihan Hussain Manik said that in addition to cutting down the flags posted in front of the party center at Kolamaafushi, MDP supporters also vandalized the party center and confronted PPM supporters.

Nihan alleged MDP supporters vandalized some monuments kept at the Kolamaafushi Harbor area by PPM supporters, and threw PPM flags into the water.

Videos of PPM flags at Kolamaafushi being cut down have been circulating in social media websites. Some of the videos also show verbal confrontations between PPM and MDP supporters.

City check-in services to be launched along with bridge