Siyam: MDA will resolve lack of support for single mothers 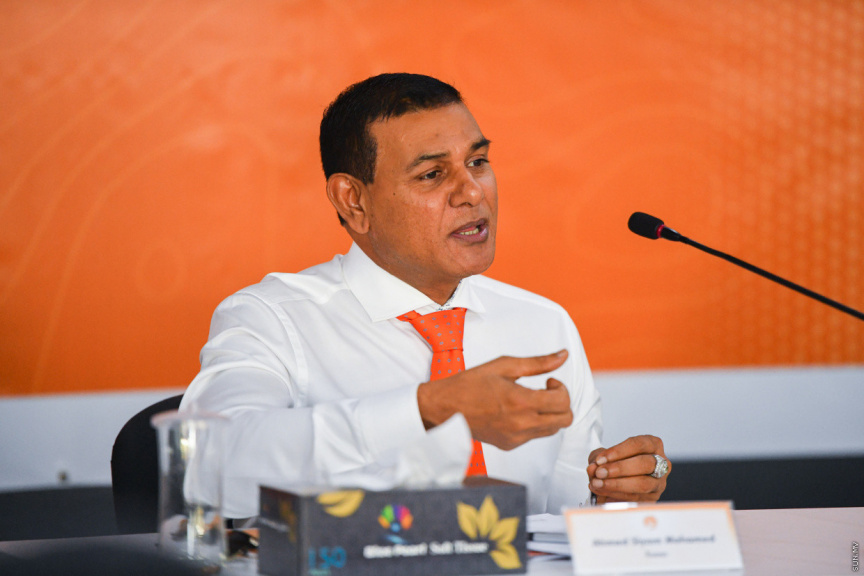 President of Maldivian Development Alliance (MDA) and Parliamentarian for Meedhoo constituency MP Ahmed Siyam Mohamed said that in a government of MDA, they will solve the issue of not providing support to single mothers.

In a tweet speaking about the International Day for Elimination of Violence against women, Siyam noted that those taking part in the movement were seen wearing the same colours as used in MDA.

He went on to say that in their government, the party will bring permanent solutions to all the major social issues currently faced in the country.

While the leader of MDA has announced running for president in the upcoming Presidential Elections in 2023, the party has been working to strengthen its movement.

Under this movement, over 10,000 people from across the country have newly signed as members.

In addition to this, Siyam had announced that MDA will be contesting in the Presidential election without forming coalitions with any other political party. Moreover, he said that their intention is to win the election from the very first round itself.

MDA: Will grow 1/3 fruit&vegetable locally in our gov

All members of Dhuvaafaru Council suspended