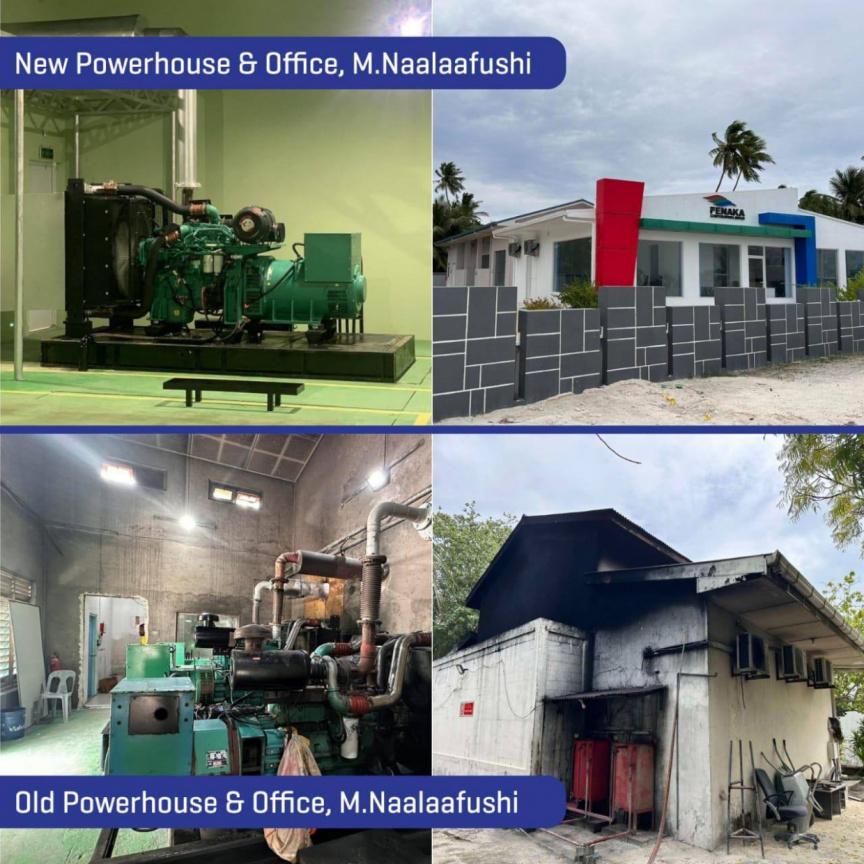 Fenaka Coperation Ltd on Friday announced the commencement of services from the new power houses in Laamu Atoll Maabaidhoo and Nalaafushi.

According to the announcement made by Fenaka via Twitter, the 23-year-old powerhouse in Nalaafushi was shut down and the new one kicked off operations at 1435hrs on Friday, November 11.

Speaking with Sun, the President of Maabaidhoo Council Ibrahim Visam noted that the old powerhouse was in the middle of the island, in close proximity of residential areas. Hence many diffuclties were faced, he added.

“After 38 years, having gone through incidents such as oil spills, we finally have a solution. Those sounds and smoke are very much visible and heard within the island. The powerhouse was a subject of complaint from the islanders for many years. That is solved because of Fenaka.”

On the same day the 38-year-old power house in Maabaidhoo was finally retired and services began services from the new power house at 1552 hrs.

President of Naalaafushi Council Ahmed Zubair also spoke with Sun, ecoing the sentiments of the people.

“This is something we eagerly hoped for. The Health Center can only be moved after relocating the power house. Health center being moved within the island will prove to be beneficial to the people. It was very difficult previously.”

Both island councils and residents of Nalaafushi and Maabaidhoo expressed their gratitude to Fenaka for this new changes.

Aalim named 'Most Promising Journalist' for 2021