Aalim named 'Most Promising Journalist' at Journalism Awards for 2021 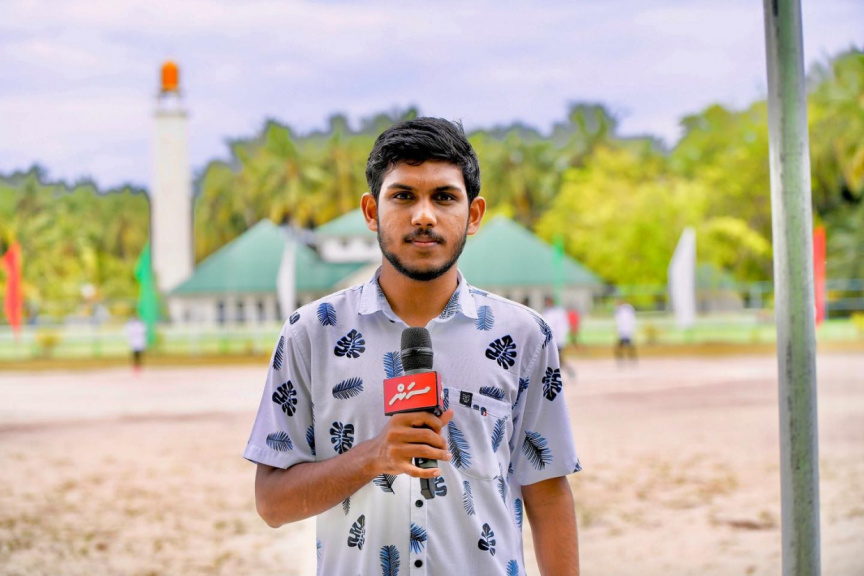 Aalim Abdul Latheef, winner of 'Most Promising Journalist' for 2021 at Journalism Awards.

Aalim Abdul Latheef, a former journalist at Sun Media Group, was named the 'Most Promising Journalist' in the year 2021 during the Journalism Awards held on Saturday night at Ghiyaasuddin International School.

Aalim joined Sun last year, though having commenced his career in journalism back in 2020. During the one year he worked at Sun, he covered major events that unfolded during the timeframe. Aalim also wrote noteworthy reports about social issues as well.

He visited Th. Vilufushi - one of the islands that were most affected by the tsunami in 2004 - to do a special coverage regarding the incident, and the lives of the residents 18 years later.

Sun has introduced many young journalists to the field - from which three have won 'Most Promising Journalist' award prior to Aalim. Ahmed Saail Ali, currently working at Sun, won the title in 2015, the year the award was introduced. Following this, both Najaah Masood and Mohamed Muzayyin Nazim, who has worked at Sun, also won the award.

Najaah Masood, who worked at Sun in 2021, won 'Best Feature Article' last night. Two other journalists who competed with him for the award with him were highly experienced journalists both of whom have previously won this award.

Mohamed Hamdhoon of Mihaaru won the award in the sustainable development and social category.

Ahmed Naif won in the business and economy category with Azzam Alifulhu winning the sports category.

Two Journalists were presented with 'Lifetime Achievement Award' at the ceremony as well.