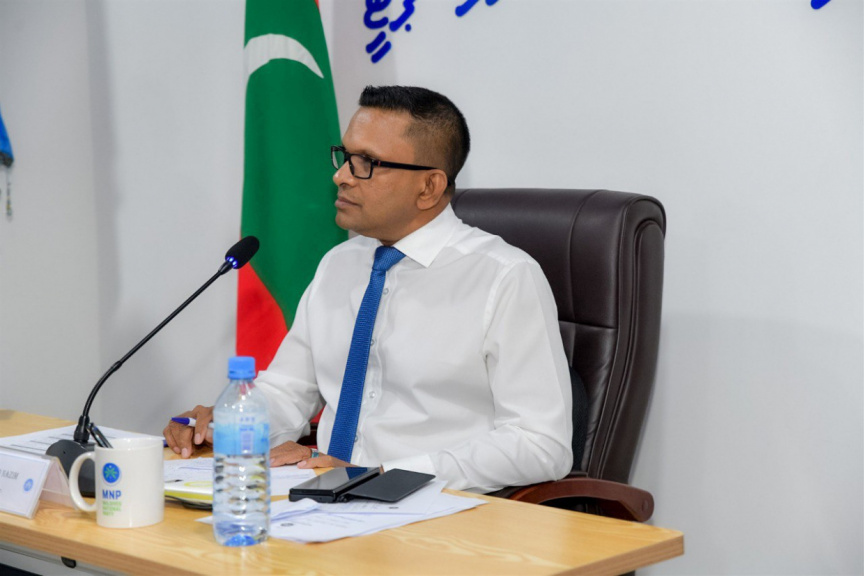 Maldives National Party (MNP) has named themselves as an opposition political party, which will work to ensure accountability from the government.

The decision to take stance as an opposition party was taken during MNP National Council’s first meeting held on Thursday night, with the support of 56 members in attendance.

During Thursday night’s meeting, the Council also decided to hold its primary for the 2023 presidential elections on January 14.

MNP’s leader, Dhangethi MP Colonel (Retired) Mohamed Nazim, is the only member of MNP who has announced interest in running in the upcoming elections. He announced his candidacy for the primary back in October.