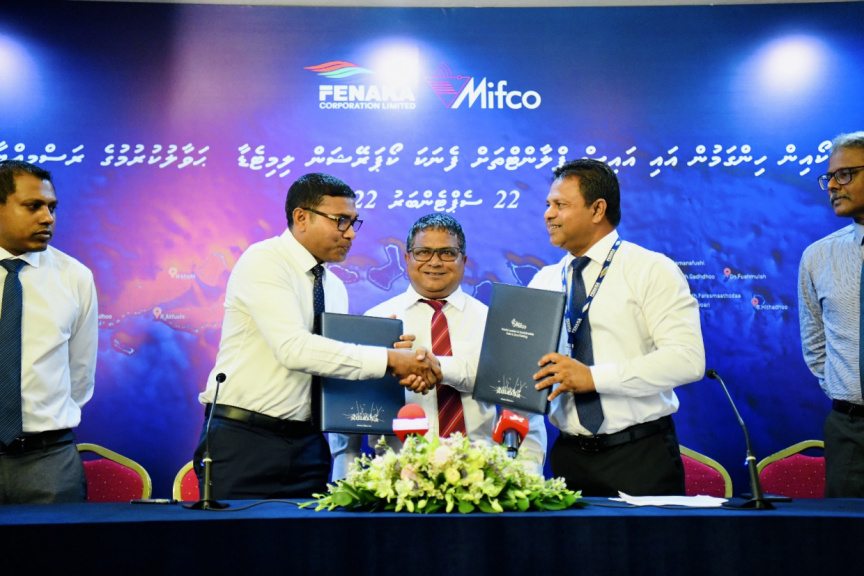 Fenaka Corporation has taken over management of ice plants run by Maldives Industrial Fisheries Company (MIFCO) in 14 regions across Maldives.

At the ceremony, Fenaka launched an app which allows fishermen to order the ice they need from the ice plant of their choice.

The app is now available for download from AppStore and Play Store.

Speaking at the ceremony, Fisheries Minister Hussain said the change will cut down the cost of producing ice.

Hussain said Fenaka had technical staff stationed across Maldives, making it easier to resolve issues that may arise in ice plants.

“First of all, we will establish a mechanism that will ensure 24-hour operation [of the ice plants]. Second, we will connect the ice plants to our cable network, and install solar power where possible in order to cut cost,” he said.

Though MIFCO’s ice plants will hereafter be managed by Fenaka, it will continue to provide ice from its centers.