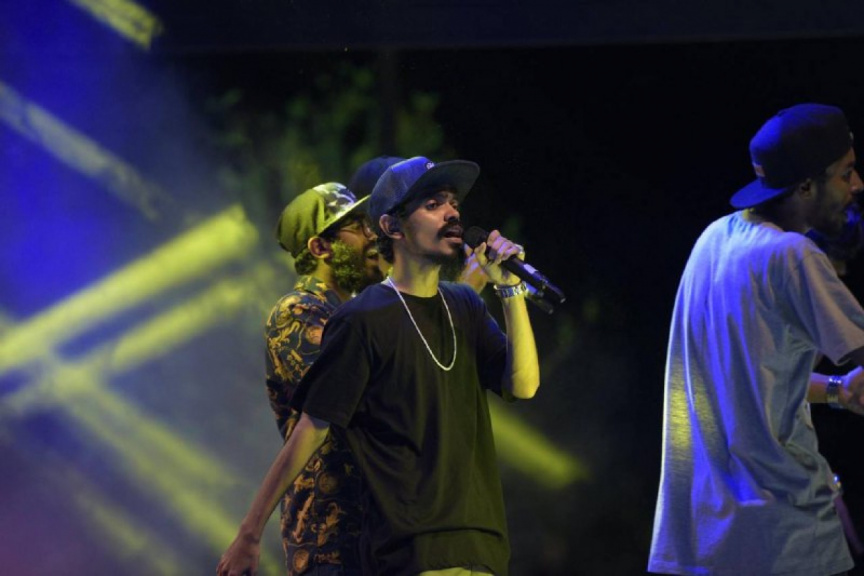 One of the arresting officers told Criminal Court on Wednesday that Ismail Ifham Mohamed (Pest), one of Maldives’ top rappers, was arrested carrying drugs and MVR 24,000 in cash inside his pockets.

Pest is one of five suspects arrested by police with 2.5 kilos of drugs in an operation by the Drug Enforcement Department (DED) on February 13, 2021.

He pled “not guilty” to all charges.

The court on Wednesday morning heard testimony from three police officers involved in his arrest.

One officer testified that they found drugs hidden inside a pack of cigarettes from Pest’s pockets during a body search, and that the rapper admitted it was for his personal use.

The officer said they also found MVR 24,000 in cash in his wallet, which he was carrying in his pockets.

One officer testified that after the police detained Pest on the road, they escorted him to his residence, an apartment on the first floor Ma. Vivage.

The police unlocked the apartment using a key they took from Pest’s pockets, testified the officer.

The officer said that inside the apartment, they found Mohamed Suaid – another defendant in the case – and three women.

Police also seized drugs and cash from the apartment.

Pest, who rose to fame with the rap song “Reethi Kudhin” back in 2011, faces life in prison if found guilty of the charges.

He is one of Symbolic Records’ top artists, and is often referred to as the “King of Rap” in Maldives.

Prison for man who claimed drugs ‘to protect another’