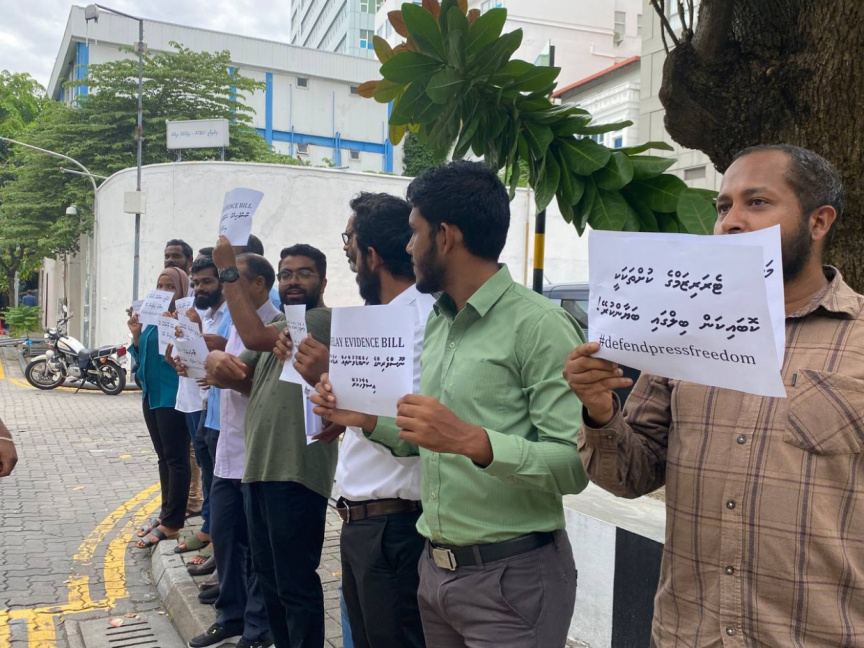 Maldives Journalists Association (MJA) and Maldives Editors Guild (MEG) are seeking to revise the Evidence Act to stipulate that only the High Court can issue orders compelling the press to disclose their sources.

The two groups have invited journalists to submit opinions regarding the revision before the end of Friday, September 2.

MJA and MEG’s bill, in addition to seeking to establish that only the High Court can issue orders to compel the press to disclose sources, also seeks to define terrorism offenses, which the Evidence Act is currently vague about.

The bill seeks to define terror offenses as:

The government’s Evidence Bill, sponsored by North Thinadhoo MP Abdul Mughnee, was passed by the Parliament on June 30, despite protests from journalists. The bill was ratified by President Ibrahim Mohamed Solih on July 18, and is set to take effect in January next year.

MJA met with the President to share concerns regarding the legislature on July 31.