Dr. Jameel: Pledges made to resort workers whilst in a dream world 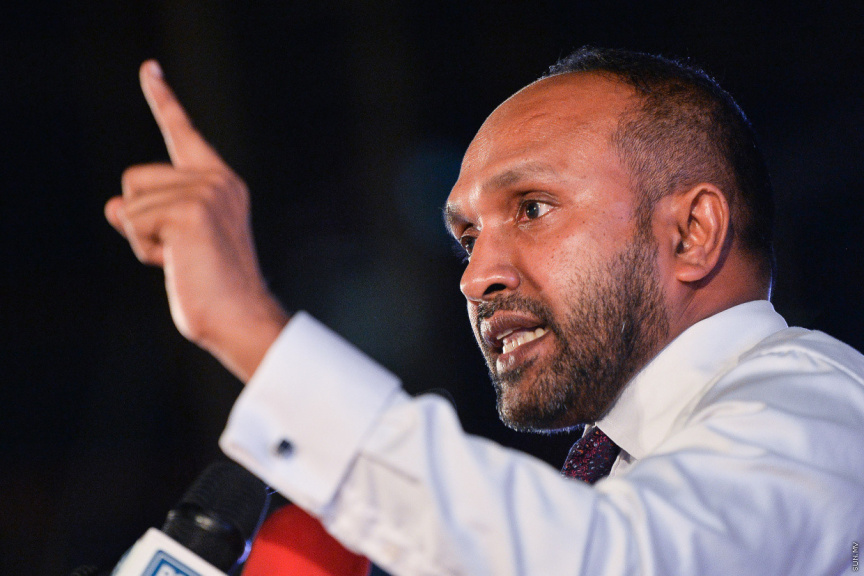 Prominent lawyer, former Vice President Dr. Mohamed Jameel Ahmed has stated that the current administration made pledges to resort workers whilst in a dream world.

Speaking at the inaugural ceremony of Maldivian Democratic Party’s (MDP) fourth congress on Friday Night, the party’s leader, Parliament Speaker Mohamed Nasheed said that resort workers can now return to their island after completing their shifts.

Responding to the remarks, Dr. Jameel told Sun on Saturday night MDP is not a party that makes pledges in order to fulfill them – adding that they only make pledges based on what they want to achieve at a particular time.

“The pledges to resort workers were not made to fulfill them. They still think the people will listen to what they say. But the people now know MDP. The people will no longer believe what MDP says,” he had said.

Dr. Jameel said that MDP is a political party that expresses support for democracy by name. He stressed that the democracy believed by the party had only caused losses to the Maldives.

He further stated that all sectors of the Maldives have been adversely impacted by MDP, especially the Maldivian independence and sovereignty being subject to risk.

Therewith, Dr. Jameel said that there was no reason for the people to elect MDP in next year’s presidential election – citing a look at any corner of the Maldives will prove no reason to vote for the party.

“The nation has been completely shattered. All sectors are giving off one message. Be it debt too. Each unborn child’s wallet has approximately MVR 200,000 as debt. All local sector’s situation is the same,” he had said.

Dr. Jameel also said that MDP lacked a capable leader to run the country, even in consideration in the long-term lacked such a person.

Resort workers being able to return to their islands after completing their shifts is an electoral pledge of MDP. In order to fulfill the pledge, the Employment Act was amended in 2020, which received ratification from President Ibrahim Mohamed Solih.

However, many resort workers continue to raise concerns over being unable to return home after completing their shifts.

'Losing right to appeal as case report not received'